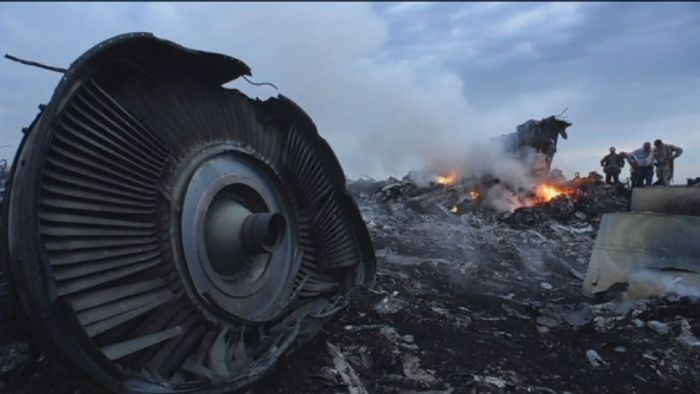 It has been nearly a year since relations between the West and Russia plunged to a new post-Cold War low.

After Malaysia Airlines flight MH17 was shot down over eastern Ukraine, suspicion quickly fell on pro-Russian rebels as the culprits.

The United States, the European Union, Australia and other countries imposed even tougher economic sanctions on Russia.

Walk into any Moscow supermarket, and it won’t take long to see the direct impact those economic sanctions are having on everyday lives.

“Import substitution” is now the norm.

Grapes that used to come from Spain are blocked by EU sanctions. Now they come from South Africa.

Cheese is imported from far-away Argentina now that imports from France and Holland are banned.

There are even rib eye steaks marketed under the banner “Australian Trade House”.

They actually come from New Zealand, which did not join the post-MH17 trade sanctions.

The new flow of goods has not stopped prices from rising dramatically.

The official statistics are difficult to pin down, but most Russians say food prices have at least doubled.

Despite that, there are no widespread rumblings against the Kremlin.

“Now people are quite content with the authorities,” political analyst Andrei Kolesnikov, from the Carnegie Moscow Centre, said.

After all, he said, Mr Putin’s actions in Crimea remain very popular.

Even if there was dissatisfaction over the economy, most people are willing to wait to see if things turn around.

“This is one more reason not to protest,” Mr Kolesnikov said.

“They are really thinking it will be better in a year or two.”

Impact of sanctions felt by most vulnerable

The impact of economic sanctions is being felt far and wide – including by children with cerebral palsy who are assisted by the Artists and Kids Foundation.

Director Irina Sedova said when sanctions hit, “it was like a thunderbolt”.

Before sanctions, the foundation was sending two children per month abroad for therapy not available in Russia.

Some children showed remarkable progress. Several who had been in wheelchairs returned being able to walk.

But all of that has now ended.

“Large companies that were our sponsors stopped helping because they cut off their budgets for charity,” Ms Sedova said.

“I simply just don’t know what to do in such a situation.”

In Chekov, about an hour and a half south of Moscow, cable manufacturer Firmapodiy boasts it can compete with the best in Europe, but orders have fallen sharply.

His said his company had invested $2 million in a new and innovative optical electronic measuring device, which he was confident he could get to markets in Europe and America, despite sanctions.

“I know the Western mentality quite well,” he said.

“If something is profitable for them, they will take it despite any sanctions.”

The general resilience in the face of sanctions, and the ongoing popularity of Kremlin policies in Ukraine, means this week’s anniversary of the downing of MH 17 is likely to pass without much fanfare.

Mr Kolesnikov said most people just do not want to think about it.

“They’re trying to forget,” he said.

“This is a compensation reaction to this really catastrophic event. Because of that, I don’t think the [anniversary] is something significant for people.”

Russians feel pinch of sanctions one year after MH17 incident