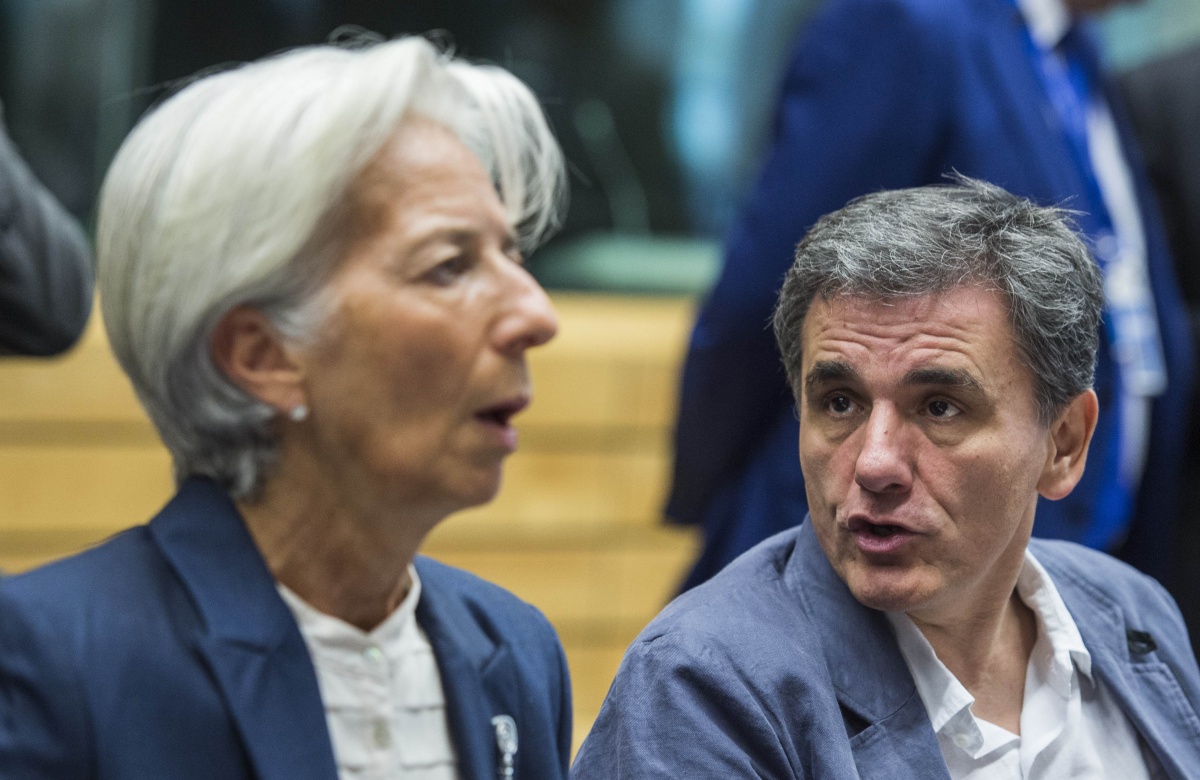 “I have cancelled EUCO [the European Union summit] today,” European Council president Donald Tusk said in a tweet, adding that a summit of 19 eurozone leaders would be held from 4:00pm Brussels time (midnight AEST) and “last until we conclude talks on Greece”.

The EU also said it was “relatively unlikely” it would get the green light on Sunday to start talks for a new bailout for cash-strapped Greece.

• Greeks back new debt plan
• Debt is a Europe-wide crisis, not just a problem for the Greeks

“I think it’s relatively unlikely that the European Commission will get a mandate to start formal negotiations [on a new bailout],” EU commissioner for the euro Valdis Dombrovskis told reporters.

An EU source said the cancellation of the full summit of 28 EU leaders was a “good sign in principle” in terms of whether a Greek deal would be reached.

“But it means the question of the mandate for negotiations will be bumped up to the eurozone summit,” the source said, explaining finance ministers had been unable to seal an agreement.

Another diplomat said the cancellation was to “allow us to finalise” a deal and to allow better discussion at the eurozone level.

Outcomes from the finance minsters’ meeting are required ahead of a make-or-break summit of European Union leaders.

Representatives from the 19-country euro area have gathered in Brussels to review Greece’s proposals for market-oriented reforms in exchange for its third bailout since 2010, needed to prevent it from crashing out of the European single currency.

The first day of the talks ended without agreement, but some progress had been made in what Eurogroup chief Jeroen Dijsselbloem described as difficult negotiations.

“We are not there yet. There is a major issue of trust – can the Greek government be trusted to do what they are promising in coming weeks, months and years?” Mr Dijsselbloem said.

Minister after minister insisted on the need to rebuild trust with Athens after six months of torturous debt deal negotiations, and a sudden referendum in which Greeks overwhelmingly rejected creditors’ bailout terms.

“In the last months hope has been destroyed in an incredible way, even up to just a few hours ago. Definitely we cannot trust promises,” he said.

French finance minister Michel Sapin, whose country has been more supportive of Greece than some other eurozone partners, also said the talks would be difficult.

“Confidence is a crucial element of an agreement,” Mr Sapin said.

I have cancelled #EUCO today. #EuroSummit to start at 16h and last until we conclude talks on #Greece

“If we want a lasting agreement, the Greeks must provide responses on when they will decide … and at what pace they will do it,” he said, suggesting the international creditors would seek a precise timetable for carrying out reforms.

Despite the gloom, there were some hopeful voices in Brussels.

International Monetary Fund (IMF) chief Christine Lagarde – who has echoed calls by Athens and the United States for part of Greece’s debt to be eliminated – was more positive, saying she hoped for “a lot of progress”.

Greece became the first developed economy to default on a huge payment to the IMF on June 30.

EU economic affairs commissioner Pierre Moscovici said that “rapidly” putting reforms in action was “key to getting a program, to be able to tackle the debt” .

EU sources who asked not to be named put the probability of a deal at no more than 50-50.

If eventually approved, Greece could receive between 74 billion and 82 billion euros from its EU-IMF creditors, including 16 billion euros from the IMF that is part of an old program due to expire next March, sources close to the negotiations said.

Mr Tusk said the 28-nation European summit he was originally due to host in Brussels on Sunday was a “last chance” for Greece to seal a deal and avoid a disastrous “Grexit”.

And even if the leaders agree a deal, at least eight parliaments will have to weigh in, with Germany’s Bundestag having to vote twice.