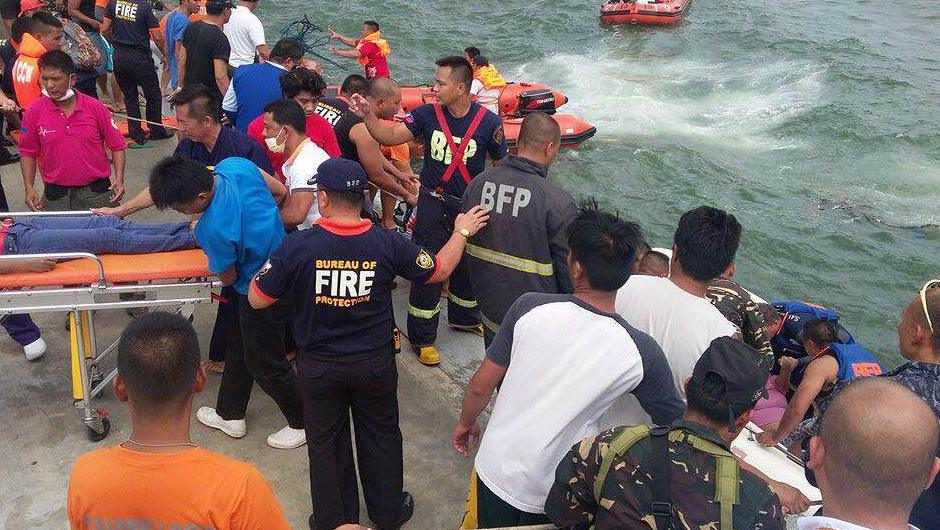 A ferry loaded with nearly 200 people has capsized off a central Philippine port, killing at least 36 in the country’s latest maritime tragedy.

At least 26 are still missing after the 33-tonne, wooden-hulled Kim Nirvana tipped over in unexplained circumstances about half an hour after setting sail from Ormoc city at midday on Thursday, the coast guard said.

Rescuers pulled more than 100 survivors from the sea and continue to scour the waters about a kilometre from the coast where the accident happened, said Ciriaco Tolibao, an official from the city’s disaster risk reduction and management office.

“Some clung on to the hull of the overturned vessel, while some were rescued while swimming toward the shore,” he said.

Just a small section of the boat’s underbelly, surrounded by rescue boats, was visible above water by late afternoon.

Back in Ormoc city, a distraught male survivor wept openly as crew members clad in blue brought him ashore, as others, looking shaken, recounted their ordeal to rescue officials.

The vessel was carrying 173 passengers and 16 crew members, and was licensed to carry up to 200 people, Tolibao said.

The authorities were puzzled how the accident had happened in relatively calm waters, after initial reports of choppy seas, and discounted speculation that it was overloaded.

Balilo said the boat’s outriggers apparently broke in the accident, and added it was possible the crew had committed a navigational error.