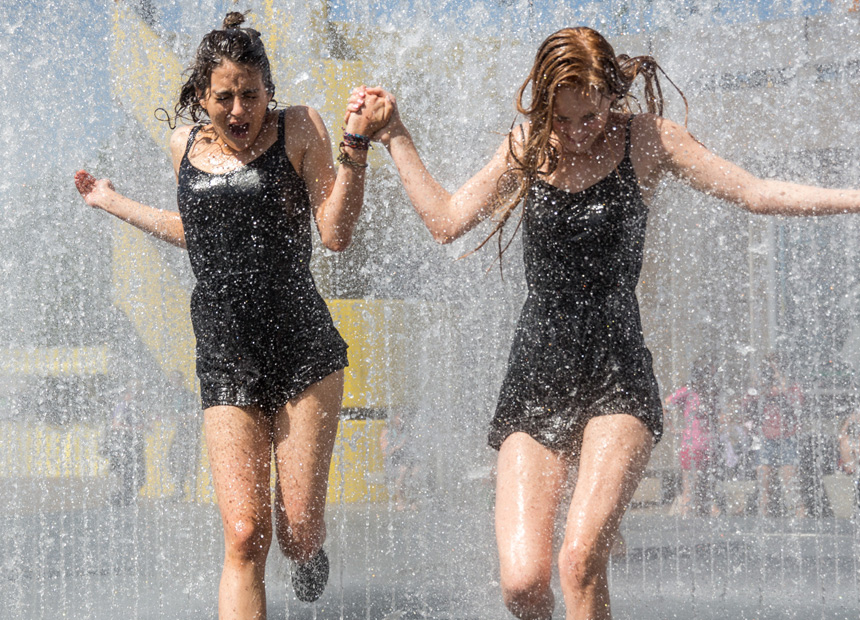 Tennis players at Wimbledon, fasting Muslims and ailing religious pilgrims in Lourdes are among those at risk from the blast of a major heatwave spreading across Europe.

With temperatures hitting 35 degrees in London, tennis players and fans were set for a very sticky Wimbledon tournament, which got under way on Monday and is set to be the hottest on record.

Some media reports said play could be suspended if temperatures soared too high.

In France, where thermometers were set to reach nearly 40 degrees, the government called on dedicated air-conditioned public spaces to allow the public to respite from the heat.

In Lourdes, a hotspot for millions of particularly vulnerable religious pilgrims hoping to be cured of illnesses, the authorities cancelled the daily procession through the main esplanade, shifting the ceremony underground.

Fearful that railway tracks would buckle under the heat, Britain’s Network Rail ordered trains to go slow on Tuesday.

The Royal Society for the Protection of Animals said it had already received 96 calls last weekend for animal heat exposure.

For a continent unaccustomed to such warmth, the threats go beyond embarrassing wet patches on shirts and terrible body odour on commuter trains.

A heatwave in 2003 caused 20,000 deaths above the normal death rate across Europe.

From Holland to Italy, governments warned of the risks to older people, young children and those with serious illnesses.

Former pope Benedict, 88, headed for the hills of Castel Gandolfo south of Rome to escape “il grande caldo” which threatened temperatures of 37 degrees in Rome and 40 degrees in Sardinia.

Civil servants in the Belgian region of Wallonia had their hours cut so they wouldn’t have to swelter in traffic jams.

British trade unions said workers should be allowed to ditch tights, ties and suits wherever possible.

Authorities in Brussels were also preparing to cancel all major public and sporting events should the mercury remain high or pollution levels hit dangerous levels – a measure introduced after the 2003 heatwave, but so far never used.

Spain saw scorching temperatures as high as 44 degrees on Monday, triggering a red alert, the highest level on the scale, from the national weather office for the region of Cordoba, meaning the weather posed an “extreme risk” to health.

Many took the opportunity to flock to beaches across Spain and Portugal.

“These are not usual meteorological phenomena, [they are] of an exceptional intensity and with a very high level of risk for the population,” a spokesman for Spain’s national weather office said.

Swiss authorities meanwhile warned of a heatwave that could last more than a week.