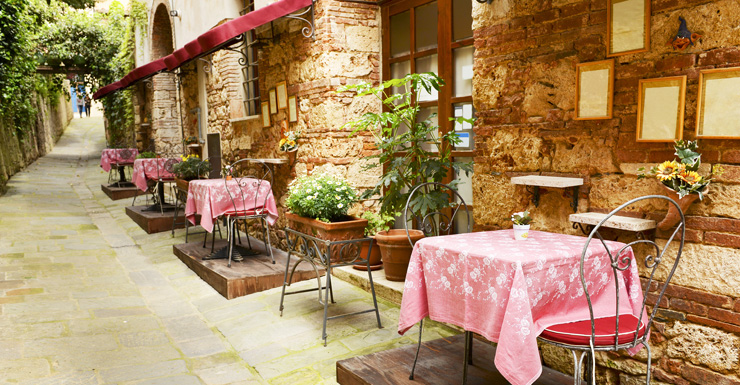 A restaurant in Italy has been ranked the best in town on travel review site TripAdvisor even though it doesn’t actually exist.

Italian newspaper Italia a Tavola created a fictitious eatery as part of an experiment to uncover what they described as alleged flaws on the ranking travel website.

The imaginary restaurant was named ‘La Scaletta’ and fake reviews were listed underneath the posting. Within a month, it was rated the best restaurant in the town.

• EXCLUSIVE: Why TripAdvisor ‘can’t be trusted’
• Facebook adds feature for tips, information on places
• Why I will never trust Urbanspoon

Italia a Tavola claimed this proved TripAdvisor’s reviewing system was “flawed” and “open to manipulation”.

“As the world’s most visited travel site, we are absolutely committed to ensuring that the content on TripAdvisor provides a trusted and useful source of information for those planning a trip anywhere in the world,” a spokesperson for the company told The Independent.

“In this instance, we investigated and removed from the site the listing and reviews that failed to meet our guidelines.

“It is a pretty meaningless experiment to create a fake listing or reviews just to try and catch us out, since that is completely different from the fraud we see and catch on a daily basis.

“We know that, when fraudsters attempt to manipulate the rankings on our site, they leave behind patterns that we can and do trace. We have been tracking reviews for well over a decade, so we can spot what is normal reviewer behaviour and what isn’t – that is how we catch fraud.”

Meanwhile, Italy fined TripAdvisor 500,000 Euros in 2014 after ruling it had failed to adopt sufficient mechanisms to protect consumers from being exposed to false reviews.

In January, The New Daily reported two convicted criminals slammed a hotel in northeast Victoria, near Bright, on TripAdvisor after paying for their accommodation with stolen credit cards.

The hotel owner sold his Villa later that same year, and said he was tired of being “bombarded” with fake and malicious reviews, some of which he claimed were posted by direct competitors.