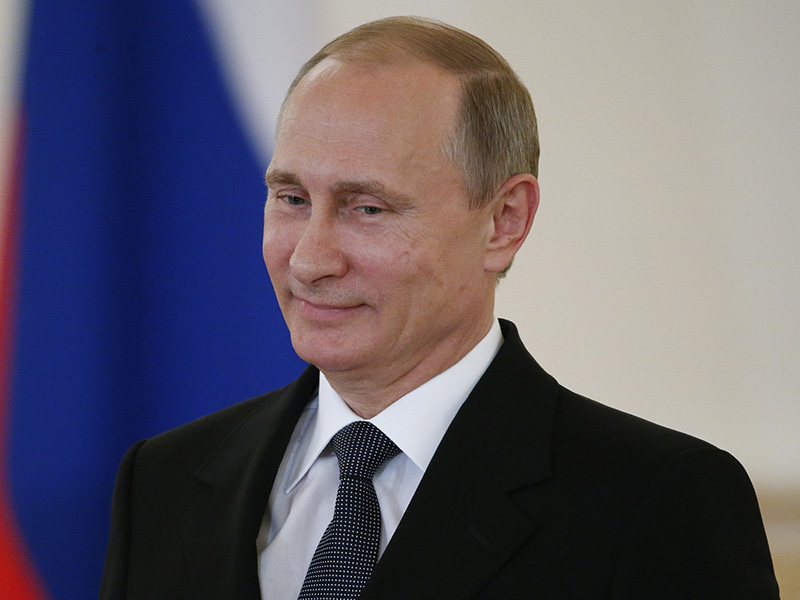 “This year the size of our nuclear forces will increase by over 40 new intercontinental ballistic missiles that will be able to overcome any, even the most technologically advanced, missile defence systems.”

Those terrifying words, broadcast by Russian President Vladimir Putin, sent Europe and the US into a frenzy this week as leader after leader lined up to condemn the latest threat from the big-talking Russian.

The North Atlantic Treaty Organisation (NATO) boss Jens Stoltenberg was among the first to respond to Russia’s defence reinforcement, its largest since the Cold War.

He said the move was part of a dangerous pattern of behaviour by Moscow.

“This nuclear sabre-rattling by Russia is unjustified, destabilising and it is dangerous.”

• Is Vladimir Putin leading the West into another Cold War?
• Russia lifts ban on supplying Iran with missile defence systems
• Putin’s love for tigers saves them from extinction

US Secretary of State John Kerry was similarly scathing of the Russian aggression.

“We have the START (Strategic Arms Reduction Treaty) agreement. We’re trying to move in the opposite direction,” he told reporters, referring to a bilateral accord between the US and the then Soviet Union signed in July 1991 to reduce the size of their nuclear arsenals.

But if Putin has taught us anything in recent years, it’s that he cares nothing of what the West thinks about his about his country’s foreign policy. Least of all NATO and the US.

Russia has an estimated 7500 nuclear warheads, according to the Stockholm International Peace Research Institute, of which around 1780 are deployed on missiles or at military bases.

The United States, in comparison, has some 7300 warheads, of which 2080 are deployed.

Using rhetoric reminiscent of the Cold War, Putin said Russia would defend itself if threatened, accusing NATO of “coming to our (Russia’s) borders”.

No! That’s a bad Putin

The US also imposed its own set of economic sanctions on Russia.

A conference of EU ambassadors is expected to formally ratify the extension of sanctions until January 2016 when they meet next week.

Mr Stoltenberg did not shy away from his own tough talk while speaking to media in Poland this week.

“NATO is facing a new security environment, both caused by violence, turmoil, instability in the south — ISIL in Iraq, Syria, North Africa — but also caused by the behaviour of a more assertive Russia, which has used force to change borders, to annex Crimea and to destabilise eastern Ukraine,” Mr Stoltenberg said.

“And therefore NATO has to respond. We are responding, and we are doing so by implementing the biggest reinforcement of our collective defences since the end of the Cold War.

“The spearhead force is a key element of this reinforcement, and it’s great to see that it’s functional, and that it’s exercising here in Poland.”

The NATO chief was speaking from Zagan, where a new NATO spearhead force, designed specifically to deter Russian aggression against other Eastern European nations, was conducting military exercises.

Around 2,100 soldiers from Belgium, the Czech Republic, Germany, Hungary, Lithuania, the Netherlands, Norway, Poland and the United States took part in the NATO exercise.

It seems Russia isn’t the one rattling its sabre.

How it came to this

Poland and other countries in eastern Europe have been rattled by Russia’s actions in Ukraine, where it annexed the Crimean peninsula in 2014 before pro-Moscow separatists began fighting Kiev’s forces in the country’s east.

Kiev and its allies accused Moscow of sending in troops and heavy weapons to back the separatists, but Russia has denied the claims.

The New York Times reported at the weekend that the Pentagon was poised to station heavy weapons for up to 5000 American troops in several Eastern European and Baltic countries to deter Russian aggression.

This would be the first time since the end of the Cold War that the US has had heavy military equipment – including battle tanks – in newer NATO members that were under Moscow’s influence in the Soviet era.

Asked about Moscow and NATO both boosting their firepower in the region at a meeting outside Moscow with his Finnish counterpart Sauli Niinisto, Putin said Russia had to defend itself.

“If someone puts some of our territories under threat, that means we will have to direct our armed forces and modern strike power at those territories, from where the threat emanates,” he said.

But he said observers should not “blow anything out of proportion” with regard to the alleged threat from NATO.