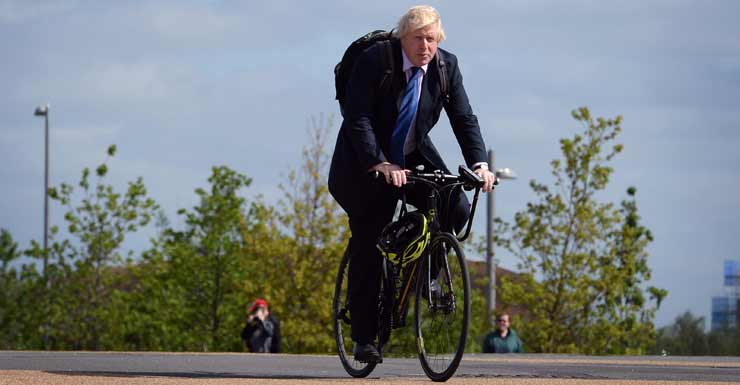 London Mayor Boris Johnson has told one of the city’s taxi driver’s to “f*** off and die, and not in that order” in an exchange over ride-sharing app Uber.

The cabbie was voicing his concerns about the app that threatens the taxi industry to Mr Johnson, who was biking home from a late dinner, the Daily Mail reported.

“You are one of them mate, that’s what you are. One of them,” the cabbie said, as captured in a 10-second video leaked to the news site.

The mayor and now Conservative MP replied: “Why don’t you f*** off and die – and not in that order.”

The cabbie then drove away, shouting “Yeah bollocks, hope you die, screaming.”

The video was shot on June 5 in the inner London suburb of Islington.

The Mail quoted a “source close to the mayor” saying: “I believe this particular cabbie is a serial heckler. He offered Boris a few choice words. Boris felt obliged to offer him a few in return. And off they went.”

Steve McNamara, spokesman for the Licensed Taxi Drivers Association, told the paper: “The taxi drivers in London are rightly worried about the way private firms are operating. I can understand why the driver had a pop at Boris, and to be fair to him, he gave back as good as he got.”

Boris Johnson tells taxi driver to ‘f*** off and die’