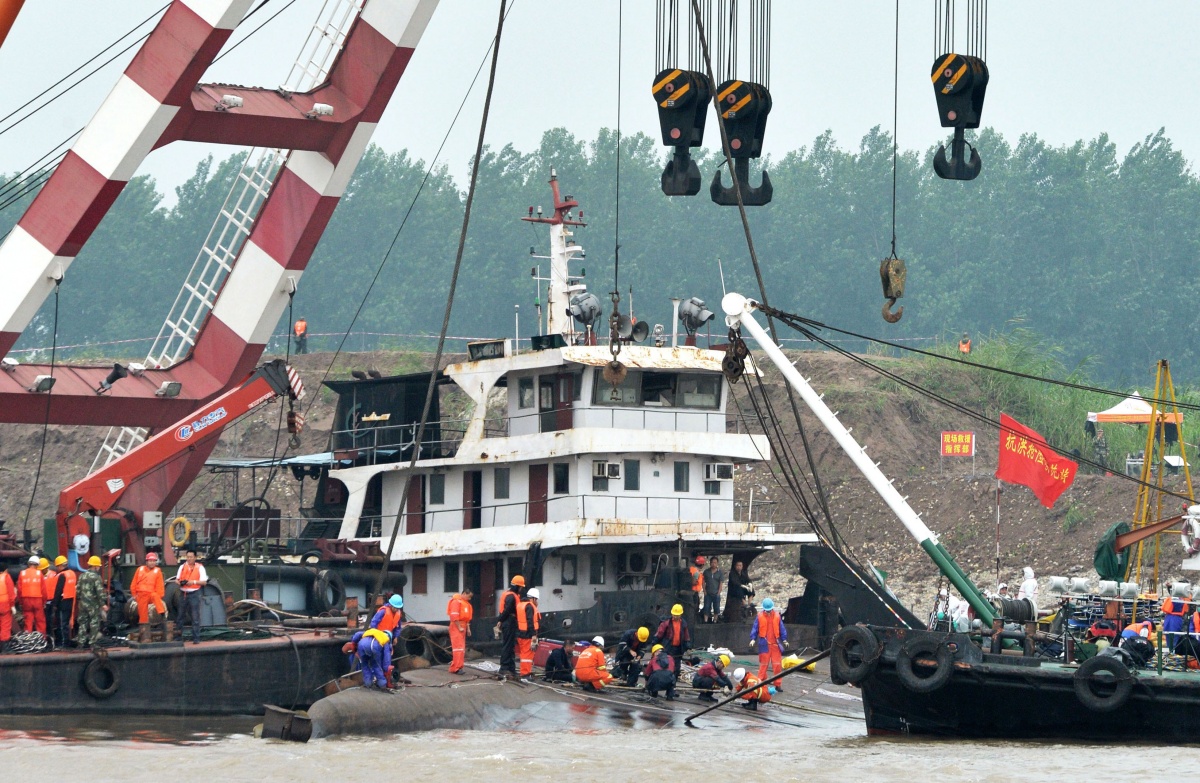 The death toll from a Chinese cruise ship that capsized on the Yangtze River has climbed to 82, as authorities have successfully righted the vessel, state media says.

State news agency Xinhua reported there was no chance of finding anyone else alive in addition to the 14 survivors that were located, including the captain.

The vessel was upright but most of the four-deck ship remained under water, sitting on the river bed.

More than 200 divers groped through murky water after cutting through the hull, searching every cabin on board, but had found no more survivors.

“In a situation in which the overall judgment is that there is no chance of people being alive, we could start the work of righting the boat,” Transport Ministry spokesman Xu Chengguang said, as reported by state news agency Xinhua.

That would allow rescuers to “search for the missing persons in the shortest possible time” and it would also “give maximum protection to the dignity of the deceased”.

Rescuers worked overnight Thursday to right the ship in a last-ditch bid to find survivors, as hundreds of people and relatives gathered at the scene clutching candles and flowers to weep for the dead.

Two large cranes began a delicate operation to right the submerged hull of the Eastern Star, which overturned on the river Monday night with more than 450 people on board.

Earlier Thursday, workers welded giant hooks onto the hull as they prepared to lift the 76.5 metre long vessel in a risky operation that could destabilise the wreck and send it further down the river.

Previous attempts earlier in the day to cut into the hull were suspended due to poor weather.

Torrential rain has continued to hamper rescue operations and the swift-flowing and murky brown waters of the Yangtze are also proving a huge challenge for rescue divers searching the boat room-by-room.

The Eastern Star was carrying 456 people, mostly aged over 60 on a tourist trip, when it sank reportedly in less than one minute.

Weather officials said a small but fast-moving tornado hit the area at the time but few other details have been released.The captain and other crew members have been questioned.

Beijing on Thursday pledged to carry out a “serious investigation” after President Xi Jinping called a meeting with top leaders to discuss the tragedy and its aftermath.

This could become China’s worst shipping disaster in 70 years.

Search for ferry survivors over