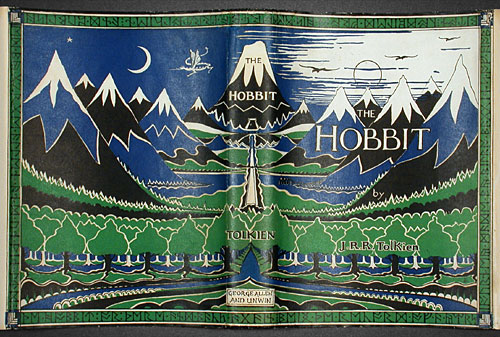 A first edition of JRR Tolkien’s The Hobbit – complete with a handwritten note from the author in Elvish – has sold at auction for $270,030.

The book, which went under the hammer at Sotheby’s in London on Thursday, was originally given by Tolkien to one of his students from Leeds University, Kitty Kilbride.

It included the inscription in Elvish – the language created by Tolkien and used by some of his characters in the world of Middle Earth where he set his fantasy tales.

Tolkien kept in touch with Kilbride until her death in 1966 and her copy of Lord Of The Rings and a signed postcard from the novelist have already been auctioned off.

The publication of The Hobbit in 1937 made Tolkien’s name and introduced the character of Bilbo Baggins and the ring that would feature again in his Lord Of The Rings trilogy.

First edition of The Hobbit sells for huge sum