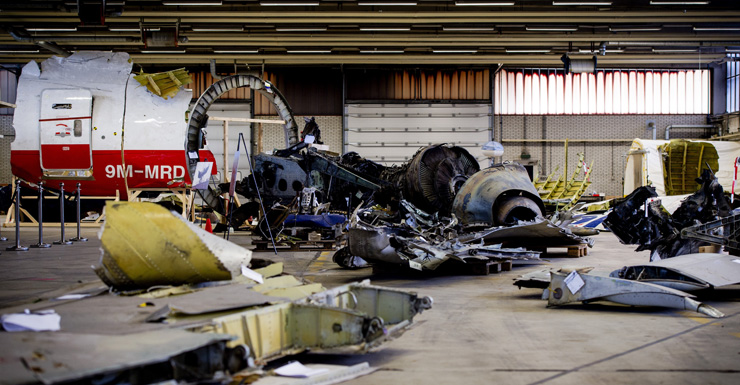 Russia’s state-controlled maker of anti-aircraft weapons has announced that Malaysian Airlines flight MH17 was shot down by a missile.

At a press conference on Tuesday in Moscow, a spokesman for Almaz-Antey said photographs of wreckage proved that a BUK air defence missile created by its company struck the plane.

This admission from the Kremlin-controlled company contradicted earlier claims from Russian officials and state media, which have blamed a Ukrainian government fighter jet.

But the spokesman continued to deny Russian involvement. Almaz-Antei general director Yan Novikov said only the Ukrainian military owned the particular type of BUK missile responsible for the crash.

Mr Novikov’s claim was based on the shrapnel pattern evident in photos of the damaged fuselage, which he said were consistent with older BUK missiles no longer in use in Russia.

US officials have responded with skepticism.

“First they said it wasn’t a BUK missile. Now, suddenly, they’re saying it is, but it wasn’t them,” US State Department spokesman Marie Harf told local media.

“So I just think the credibility is not 100 percent here on that.”

All 298 passengers aboard MH17 died after it was shot from the sky over war-torn Ukraine last year.

The Ukrainian government and most Western countries have accused Russia of supplying the missile firing system and Russian-aligned rebels of firing it at the plane.