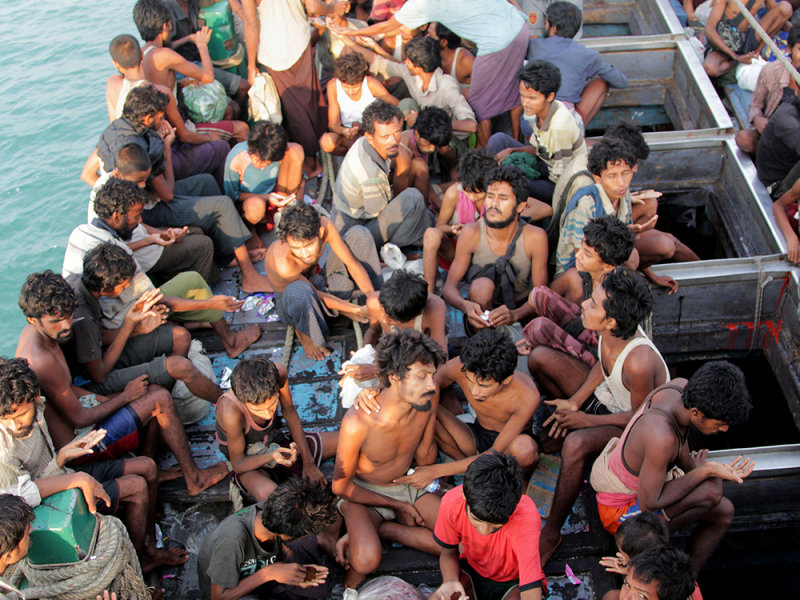 Indonesian police say a boat carrying 65 asylum seekers has crashed onto a reef after being turned back by Australian authorities.

Those aboard the boat — 54 Sri Lankans, 10 Bangladeshis, one person from Myanmar and five crew — told Indonesian police they were trying to get to New Zealand.

There were four women and three toddlers on board.

Island Chief of Police Senior Commissioner Hidayat told the ABC the latest boat was intercepted by an Australian border patrol after setting off from West Java on May 5.

Police said the group are now being held on Rote Island off West Timor after crashing onto a reef near the remote Landuti Island.

One of the crew members fled from police and has not been located.

The asylum seekers told police they were transferred onto a more seaworthy wooden boat, given dried fruit, biscuits, fuel and life jackets and escorted back to Indonesian waters.

The asylum seekers were found Monday by fishermen after the crash.

They will be transferred to Kupang in West Timor on Tuesday.

The Australian government has not yet commented on the incident.