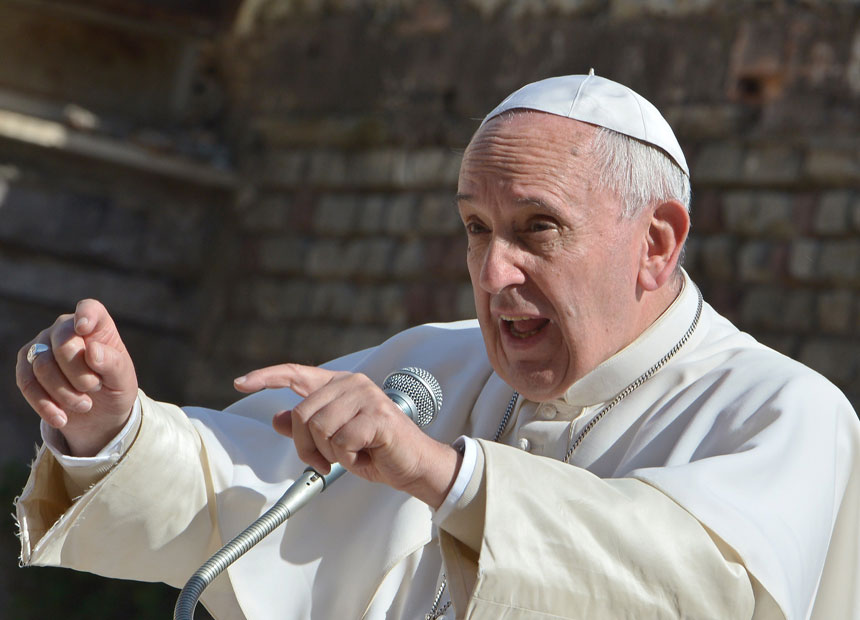 OMG! The Vatican almost closed the Pope’s Twitter account shortly after it opened because it was bombarded with abuse.

The first pontiff to tweet was Pope Benedict on December 12, 2012 and he had to be shown which key to press.

The man who showed him was Archbishop Claudio Celli, the president of the Pontifical Council for Social Communications.

Archbishop Celli is in Sydney for a communications congress and he confessed that the first tweet sent by Benedict XVI was the only time a Pope actually hit send.

Now it is a technician who transmits Pope Francis’ tweets after the man himself has approved them.

Engagement with social media was a hard sell in the Vatican especially during Pope Benedict’s time.

“At the beginning we were receiving negative, offensive and vulgar tweets,” Archbishop Celli told AAP.

The Italian prelate, who spent many years in the Holy See’s diplomatic service, said he was surprised at the responses, which left a lot of people unhappy.

“People were advising us, inside and outside the church, not to expose the Pope to such vulgarity and to close the Twitter channel,” he said.

They didn’t end up closing the account and the negativity waned at the end of Benedict’s reign.

It has been outweighed by positive responses since Francis took over, Archbishop Celli says.

The church uses social media because it needs to use the language of today.

The archbishop agrees some might consider a Twitter account where only the Pope has a voice as more of the same – people being addressed from a pulpit.

Pope Francis does not engage in conversations on Twitter.

It is just not practical says Archbishop Celli because there are almost seven million people following @Pontifex.

Archbishop Celli says it is estimated that a tweet from Pope Francis can be retweeted between 60 million and 200 million times.

The Holy See’s office for social communications has just three people in it so it’s a big ask to expect a lot of interactivity.