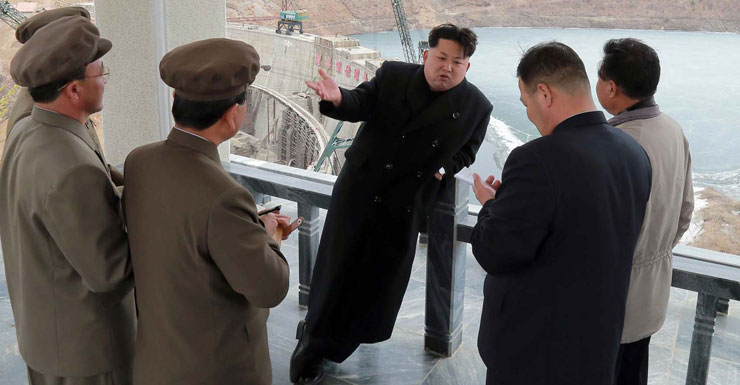 The head of the reclusive nation dubbed the Hermit Kingdom was to visit Moscow for the 70th anniversary of Russia’s victory over Germany in World War II.

“We were informed of the decision via diplomatic channels,” Peskov said, as quoted on CNN. “The decision is connected with North Korean domestic affairs.”

Exactly what those domestic affairs could be is the great mystery, but the past four months have been characterised by leadership ructions, the Independent reported.

South Korean intelligence estimated that the North Korean leader has OKed the killings of 15 high ranking officials in his regime.

He has also scaled the lofty peak of Mount Paektu, North Korea’s tallest at 2750 metres in shiny shoes, according to the North Korea’s news agency KNCA.

No official response from Russia at the apparent snub has been recorded, but the two nations labelled 2015 their “year of friendship” in March.

At the time Russia cancelled US$11 billion in debt owed from the hermit kingdom, and announced US$25 billion in investment, the Independent reported.

Just 26 nations agreed to send their representatives to Russia to commemorate its war win, including Germany, Venezuela, Cuba, India, China and Vietnam.

Russian President Vladimir Putin was reported to have voiced his personal experiences from the second world war, when his brother was killed.