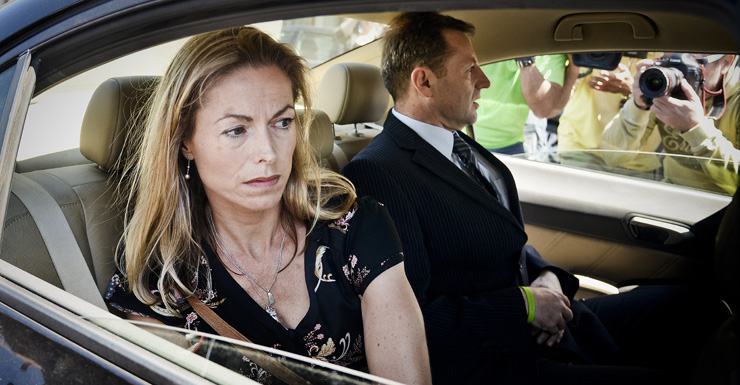 A former Portuguese police officer who headed the investigation into the 2007 disappearance of British girl Madeleine McCann has been ordered to pay 500,000 euros ($A692,664) to her parents in a libel case.

Kate and Gerry McCann sued Goncalo Amaral, the former head of the investigation, over his 2008 book called The Truth of the Lie in which he accused the couple of concealing the body of their daughter after she died accidentally.

Madeleine disappeared from her room on May 3, 2007, just days before her fourth birthday, in the small seaside resort of Praia da Luz in southern Portugal where she was on holiday with her family.

In a written verdict made public on Tuesday, the Lisbon court ordered Amaral to pay each parent “compensation of 250,000 euros.”

The court also ordered Amaral and his publishers to withdraw all copies of the book in circulation and prohibited any reissuing of the book. They also banned broadcasts of a documentary based on his allegations.

During the trial, the McCanns tried to show that Amaral’s book had hindered the search for their daughter and had asked for 1.2 million euros in compensation.

Portuguese police closed their investigation into Madeleine’s disappearance in 2008 after 14 months but reopened the case five years later.

British police opened their own investigation in July 2013 and have since made several trips to Portugal.

Excavations last year revealed “no evidence” according to Scotland Yard, but four people were indicted in July.