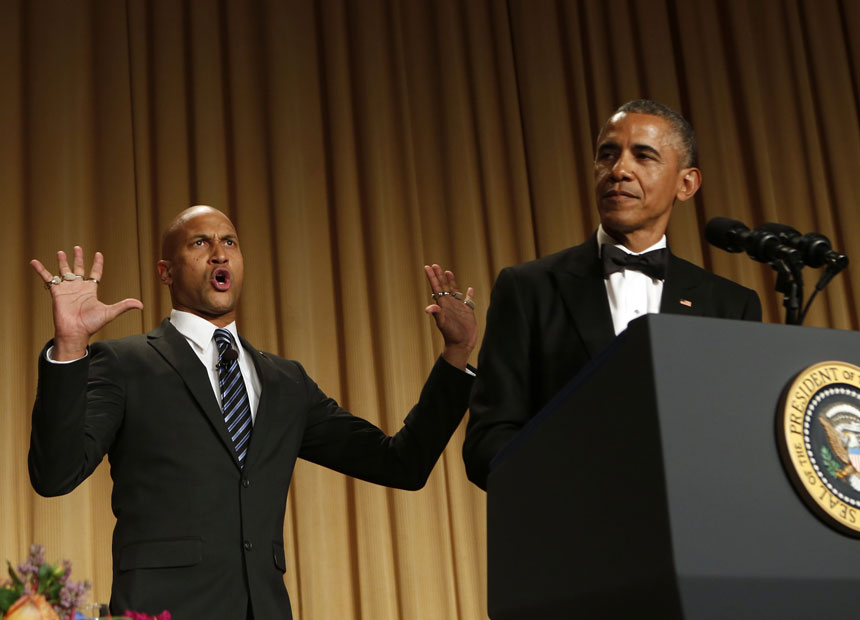 President Barack Obama has joked about Israeli Prime Minister Benjamin Netanyahu, Hillary Rodham Clinton and others as he headlined the annual White House Correspondents’ Association dinner with some stand-up comedy.

His performance on Saturday night raised money for scholarships for young journalists.

“It is no wonder that people keep pointing out how the presidency has aged me. I look so old, (Republican speaker of the House of Representatives) John Boehner’s already invited Netanyahu to speak at my funeral.”

“I have one friend … just a few weeks ago she was making millions of dollars a year, and she’s now living out of a van in Iowa.”

Presidential candidate Hillary Rodham Clinton recently began her campaign with a road trip to the early-voting state from her New York home.

When he finally took the stage, Obama joked it was the night when “Washington celebrates itself. Somebody’s got to do it”.

Most of the prospective and declared Republican candidates for president in 2016 stayed away.

The White House Correspondents’ Association dinner has become a celebrity magnet, this year drawing some big names from television, sports and movies to rub shoulders with members of Congress and to hear the president speak.

It has grown to become one of Washington’s biggest events since its smaller origins in 1914 when journalists gathered to push for greater access to the president.

Players from politics, Hollywood mix it up