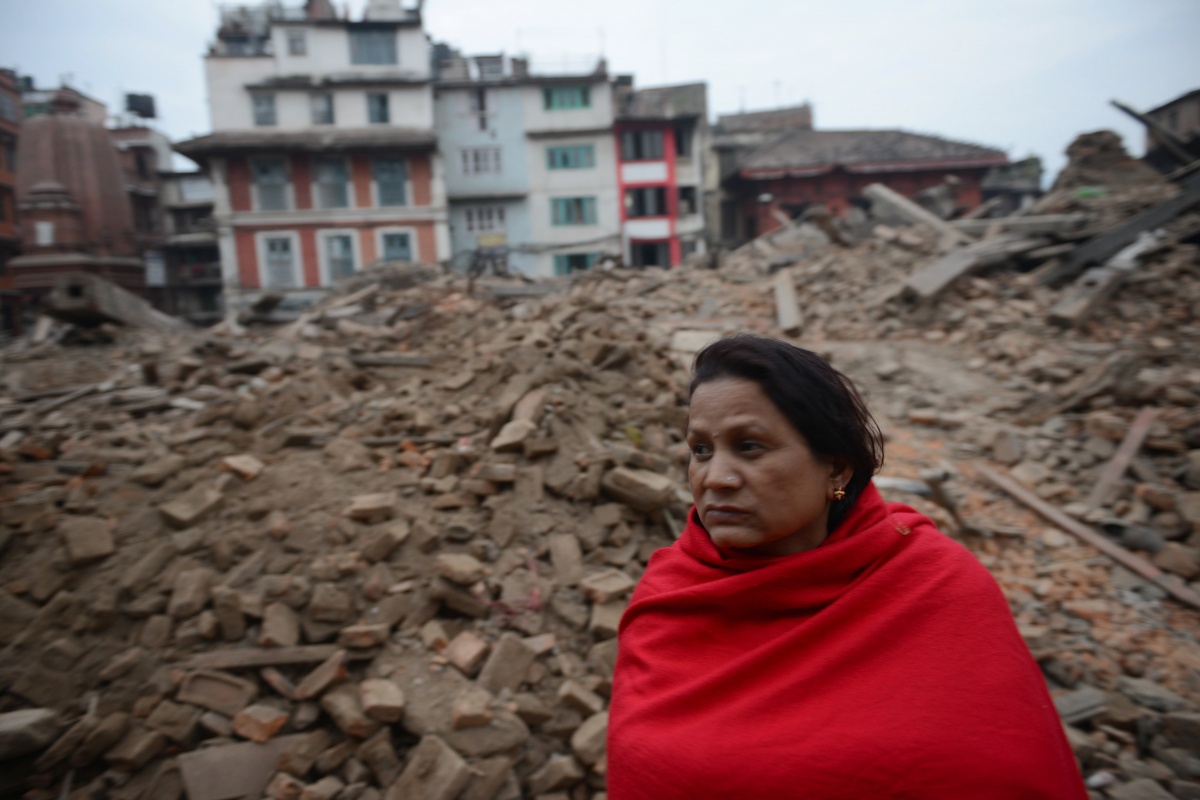 At 11:56am local time on Saturday, a 7.9-magnitude earthquake devastated the small country of Nepal which sits in one of the world’s most geologically unstable regions.

The quake that killed more than 2400 people was the biggest to hit the region for more than 80 years and authorities expected the toll to rise as rescue efforts continued.

Historical landmarks were flattened and parts of India decimated, while the force of the quake triggered a fatal landslide on Mount Everest which may have trapped Australian climbers in its deadly path.

Nepal has a long history of big earthquakes resulting from the movement of tectonic plates beneath the Himalayas, which The New York Times labelled “one of the world’s most worrisome hot zones for earthquake risk”.

The Christian Science Monitor reported that “at least 92 active faults have been mapped throughout the country, making the entire territory of Nepal a ‘high seismic hazard zone’, according to the nonprofit National Society for Earthquake Technology-Nepal (NSET)”.

There are reports at least one Australian was killed in an avalanche on Mt Everest, but the Department of Foreign Affairs has not confirmed the death.

As emergency services and aid groups the world over scramble to react, how did the massive disaster come to be?

The epicentre of the 7.8-magnitude quake was approximately 80km north-west of Nepal’s capital and biggest municipality, Kathmandu. Over 2.5 million people live in that region of the country.

Experts believe the quake was shallow one, only 11 kms under the surface of Nepal, which is why the results were so devastating.

On social media, images and videos soon emerged of the violent shaking that rattled through the densely populated cities of Nepal. Witnesses said the quake was so sudden and strong there was no time to run for cover.

The avalanche at Everest

While those in cities were shaking, the powerful tremor rattled the foundations of the world’s most famous and highest mountain. Those preparing to climb the earth’s tallest peak, Mount Everest, were hit by an avalanche caused by the same earthquake.

At least 18 people at the base camp have died, while 61 others are reported injured, although those numbers could rise. Climbers still at the camp have told media of the terrifying wall of ice they witnessed coming toward them.

It has been confirmed that about 100 climbers already on the mountain are safe but are finding conditions difficult while descending to safety.

It’s not yet known whether anyone else climbing other Himalayan peaks has been caught in similar snow slides.

Buildings flattened in path of destruction

The quake tore through houses, buildings and centuries-old temples throughout Nepal. As a result, thousands of residents and tourists in Kathmandu and surrounding cities spent the night sleeping in the open.

Reports say some had no homes to go back to, while some were too scared to return to theirs, even if still standing. While the initial damage was great, there were an estimated 14 aftershocks in the four hours following the first quake and on Sunday afternoon a 6.7-magnitude aftershock caused more damage.

With buildings already damaged there are grave concerns for the wellbeing of those trapped while aftershocks continue.

The iconic and historic Dharahara Tower in Kathmadu collapsed with authorities saying some 200 people were inside at the time. The nine-story tower was first built in 1832 and has been rebuilt before following a quake in 1934. Some tweets show the damage to historic sites and parts of the city, before and after the disaster.

Photos of Nepal’s landmarks, before and after the earthquake http://t.co/HRCH8ygJKe pic.twitter.com/SEginvADV9

With no electricity and little water, the rescue and recovery mission in Nepal is a slow one. Reports are emerging of rubble being cleared by hand and bodies being carried out of fallen buildings by groups of people.

The scale of tragedy has tested the nation’s capabilities to the test. Reports suggest hospitals have been over-run by the wounded while Kathmandu’s Tribhuvan International Airport was closed.

Nepal’s Police spokesman said: “We are lacking proper resources and equipments to deal with the rescue, we are trying our best though.”

“We don’t have enough crane[s] to dig out rapidly in all places – so it’s taking time to recover the buried.”

Looming rain and storms may make conditions more difficult still. Rescue on Everest has also been tough, with snowfall making it difficult for the helicopters to fly in and out.

Around the country, roads have been blocked by landslides and phone networks and other infrastructure is buckling, making communication to co-ordinate relief operations tough, although services like Viber, Facebook and Google have all made attempts to make the flow of information from those in trouble in Nepal much easier.

The Australian government is organising to send an Australian Crisis Response Team to Nepal as soon as possible.

It has also pledged $5 million in assistance to Australian NGOs, UN agencies and the Australian Red Cross.

Nepal’s shocking disaster: how it unfolded