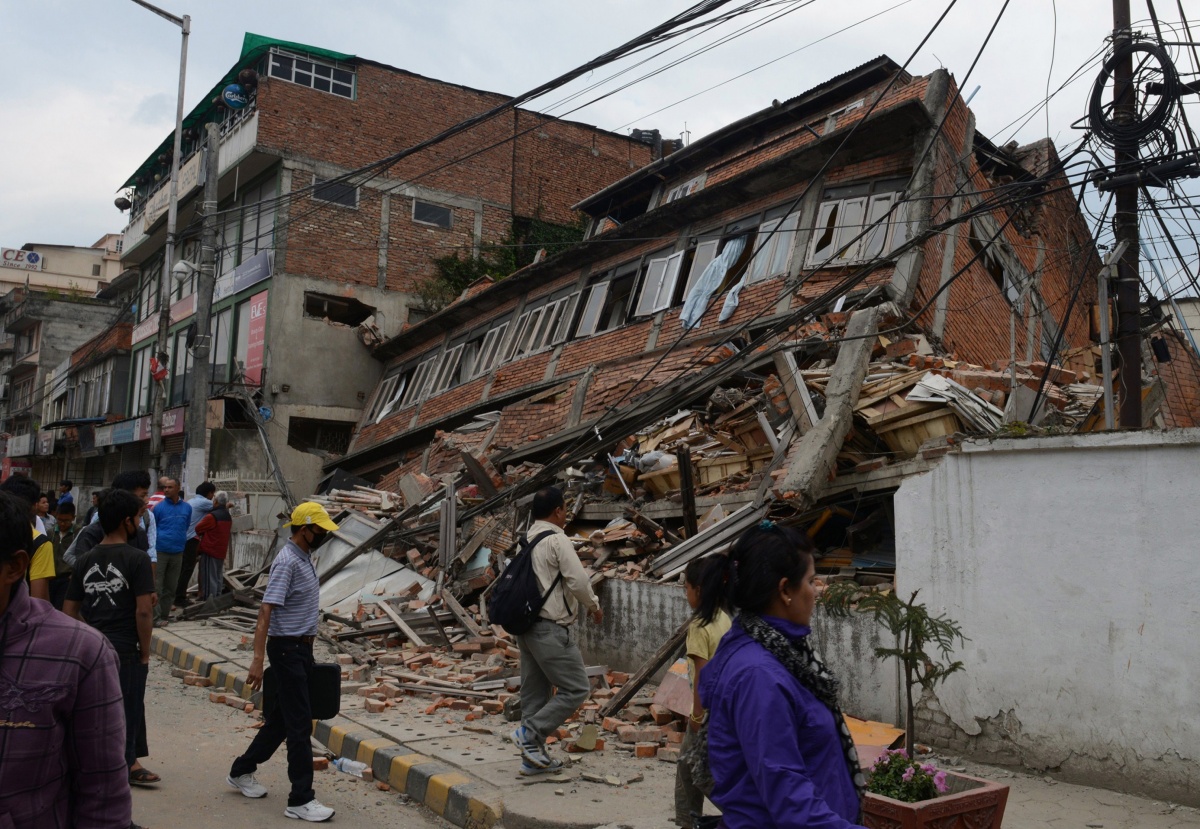 There are grave fears for dozens of Australians who have been listed as missing after a magnitude-7.9 earthquake struck Nepal and north India, killing more than 1,800 people and triggering a fatal avalanche on Mount Everest.

Friends and family members have listed the missing Australians on a Red Cross website, which allows concerned relatives or friends to list people as missing, and for those affected by the disaster to indicate that they are safe.

The Australian Embassy in Nepal is providing assistance to Australians and has confirmed the safety of over 200, Foreign Minister Julie Bishop said in a statement.

Ms Bishop said there were 549 Australians registered as travelling in Nepal and officials were working to locate all those in the country.

She said DFAT had opened its Emergency Call Unit and had updated the travel advice for Nepal noting disruptions to telecommunications, transport and tourist infrastructure.

“I urge Australians concerned for the welfare of family and friends in Nepal to attempt to contact them directly,” she said.

“An Australian Crisis Response Team will travel to Nepal as soon as possible to assist in establishing the welfare of Australians unaccounted for after the earthquake on 25 April. Two humanitarian experts will also be deployed.”

Australian actor Hugh Sheridan took to twitter to ask for prayers for his brother Zachary Sheridan who is missing on Mt Everest and was last heard from four days ago.

“Please. Anyone who is awake, please pray for my little brother Zachary who is on Mt Everest, I’d appreciate every prayer you have spare x,” the Packed to the Rafters actor, tweeted.

Another Adelaide man, Jamie Nikou, 23, is also missing. The last contact he had with his family was on April 15.

The family of a Perth woman volunteering at a Kathmandu orphanage also used social media to ask for prayers saying they were concerned for her welfare.

Ballantyne Forder was last heard from on Wednesday when she left Pokhara for the capital, her sister, Amanda-Sue Markham, tweeted.

The earthquake’s epicentre was between Pokhara and Nepal.

Ms Markham said it was an extremely stressful time for the family.

“I’ve been awake all night so I’m just hanging by my phone at the moment, waiting for any news, because I’ve been so active on Twitter and trying to get the word out there,” she said.

“Unfortunately, with that the photos pop up. I don’t really want to be seeing right now people being hauled from rubble.”

Ms Markham said despite the images of destruction coming out of Nepal she was trying to stay positive.

“She’s following her calling over there, looking after these children, so that’s why I sort of think she’s probably still with them,” she said.

“I don’t think getting to a phone at the moment is her top priority.

“I just hope someone hands her a satellite phone soon so that we know she is safe.”

Ms Forder was due to leave Nepal on April 29 to return to Australian for her 21st birthday on May 3.

Ms Markham said the upside was that her tweets had gone global with celebrities such as Russell Brand and Kirstie Alley retweeting them.

Victorian man Justin Pomella has also been listed as missing.

Mr Pomella’s cousin Lauren Caruana posted a series of photos on Facebook of her cousin asking anyone for information.

She said his last known location was the Swayambhunath Temple in Kathmandu. He was there on Friday.

“If anyone has any information, please let me know as your help would be much appreciated,” she said in her Facebook message.

Hamish McKee from Canberra has not been heard from since Thursday when he was in the town of Pokhara. His mother reported him missing to the Red Cross today.

Supporters of Queensland adventurer Alyssa Azar, who was preparing to climb Mt Everest, said the 18-year-old is safe at base camp.

This would have been Ms Azar’s second attempt to become the youngest Australian to reach the world’s highest peak.