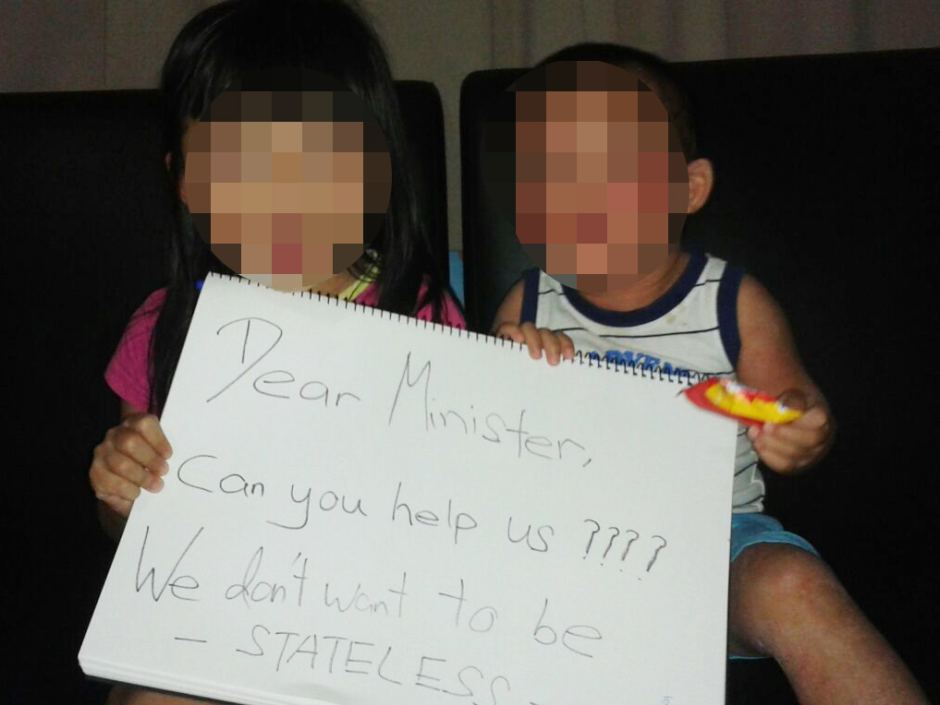 Three Australian-born children could be in danger of becoming stateless when they are deported to Malaysia from a Darwin detention centre, a human rights lawyer says.

The children, aged five, four, and two, were born in Queensland while their Malaysian parents were on a bridging visa.

After the visa expired, the family was moved to Darwin’s Wickham Point Detention Centre.

• ‘You will never settle in Australia’: Dutton’s warning
• ‘Cockroach refugees’ writer reported to police
• Up to 700 feared dead after migrant ship capsizes

The ABC has seen a notice which says they will be deported to Malaysia next week.

Human rights lawyer David Manne said the children will lose basic rights after they are deported.

“Look these three children face the very real risk of not being recognised as Malaysian citizens, of remaining stateless,” he said.

The family is concerned the boy has a skin infection that has not been treated in detention and would no be cared for if the children are not citizens in Malaysia.

“Including not being able to go to school or get an education or even have access to basic medical care that they need … that would be a terrible fate,” he said.

Mr Manne said it will take time and money for the children to be acknowledged as citizens in Malaysia because of the country’s lengthy application process.

“Having been born here, these children now face a very uncertain and potentially very bleak fate back in Malaysia,” he said.

“The Australian Government has the discretion to allow them to stay, and it should show some heart by letting them stay.”

The family’s lawyer Carrie Lee said they had applied for Australian citizenship and twice for a protection visa because the children would be stateless.

But Ms Lee said all of the applications were knocked back.

“The major concern is their health, I understand that one of the children is not doing so well,” she said.

“If they are unable to get Malaysian citizenship as well, then they will not be qualified for the Malaysian education.”

At a press conference on Thursday, Immigration Minister Peter Dutton maintained that asylum seekers in detention would not be settled in Australia under any circumstances.

“We want them to go back to their country of origin,” he said.

“The turn backs where it’s safe to do so, the tough stance we’re taking in relation to Nauru, the temporary protection visas, all of these measures have worked in concert to stop the boats.”