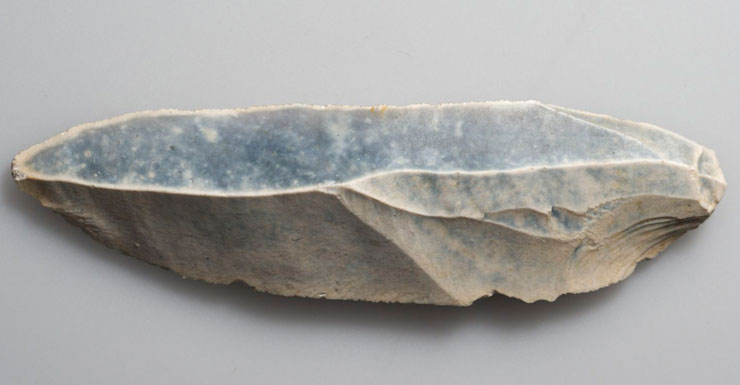 Stone tools associated with human ancestors existed 3.3 million years ago, 700,000 years prior to what we understood was the first sign of the Homo species, new research suggests.

Twenty-two stone tools and the rocks from which they were chipped were found in Kenya, buried in “well preserved” sediment that helped the scientists determine a reliable age of 3.3 million years, the research claimed.

• Modern humans may not have the guts for Paleo
• Don’t call this guy ‘Fatso’
• Discovered: 1000-year-old huts

“The team was even able to fit one of the flakes back to its original core, showing that a hominin had crafted and then discarded both core and flake in this spot,” Michael Balter said in Sciencemag.

“Technology played a major role in the emergence of our genus,” Alison Brooks, an anthropologist at George Washington University said, as the tools predated the Homo species.

The rock was also dated using paleomagnetic techniques which track the earth’s magnetic polarity reversals and have been used in other instances.

The find appears to provide ammunition to a theory that tool use was popular 3.4 million years ago, after an Australopithecine child’s remains were found in Dikika, Ethiopia in 2010.

The remains had linear cut marks which seemed to be cut marks inflicted with a stone tool, but the argument was disputed as no stone tools were found nearby, Sciencemag reports.

“With the cut marks from Dikika we had the victim,” Zeresenay Alemseged, California Academy of Sciences paleoanthropologist said.

Ms Harmand from Stony Brook University presented her team’s research at the annual meeting of the Palaeoanthropology Society in San Francisco on Tuesday.