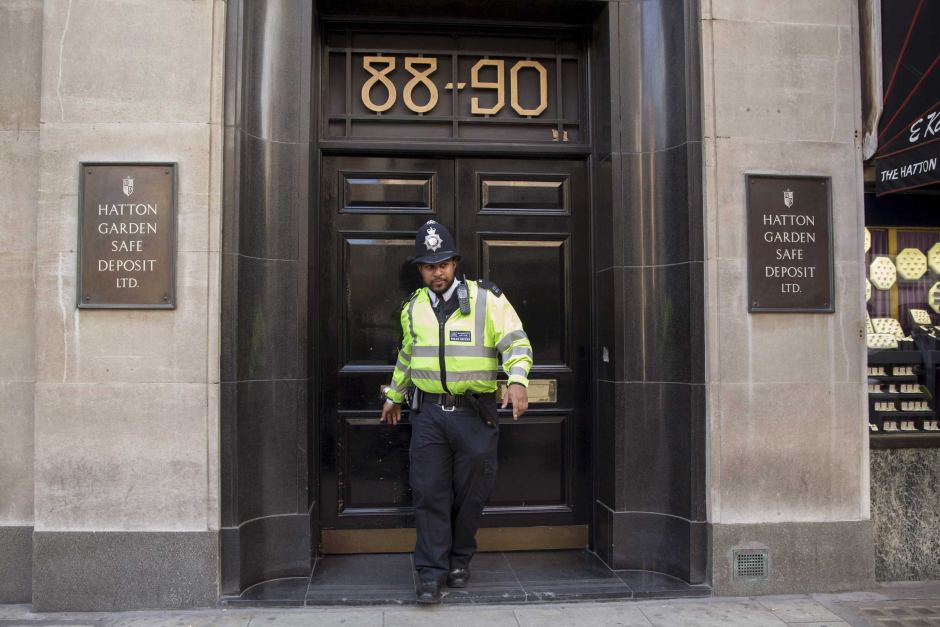 British police are hunting for a gang who raided safety deposit boxes in London’s major jewellery business district, making off with cash and gems in what local media say could be the country’s biggest-ever heist.

London’s Metropolitan Police said the thieves used heavy cutting equipment to get into the vault at Hatton Garden Safety Deposit Ltd, where they are believed to have broken into 60 to 70 boxes.

According to the Sun newspaper, the gang are thought to have tunnelled their way in through one wall to access a lift shaft at the building on Friday, while businesses in Hatton Garden, home to almost 300 diamond, gold and gem dealers and more than 50 shops, were closed for the Easter holidays.

They then abseiled down to the vault and smashed their way in, an unnamed source told the paper.

Police gave no details of what was stolen but the Sun said the haul could be as much as 200 million pounds ($380 million), dwarfing the amounts taken in Britain’s previous biggest heists.

“Robbery at one of the biggest safe deposits in Hatton Garden over the Easter weekend,” London gemologist Thelma West wrote on Twitter.

She said a lot of jewellers and dealers leave their stock in safe deposits over holiday periods.

Investigation of scene ‘slow and painstaking’

Diamond expert Lewis Malka, who owns a business in Hatton Garden, tweeted: “Big robbery at one of the safe deposits in Hatton Garden over the Easter weekend. Not good news for a lot of dealers.”

On its website, Hatton Garden Safe Deposit Ltd said it was founded in 1954 and was one of the first companies in Britain to offer safe deposit boxes.

“We are currently one of London’s most successful and leading safe deposit companies aiming to provide our clients a secure and cost-effective solution to store and protect important and irreplaceable personal belongings,” it said.

There was no immediate answer to phone calls or emails from the business.

Detectives were contacting victims and carrying out a detailed forensic examination of the scene which they said could take two days.

“This is a slow and painstaking process,” police said in a statement.

Britain’s record heist was carried out at a Securitas cash depot in Tonbridge, south-east of London in 2006 when robbers stole almost 53 million pounds in cash.

In 2000, police foiled a daring attempt to steal 350 million pounds worth of diamonds from a display at London’s Millennium Dome in what would have been the world’s biggest ever robbery.