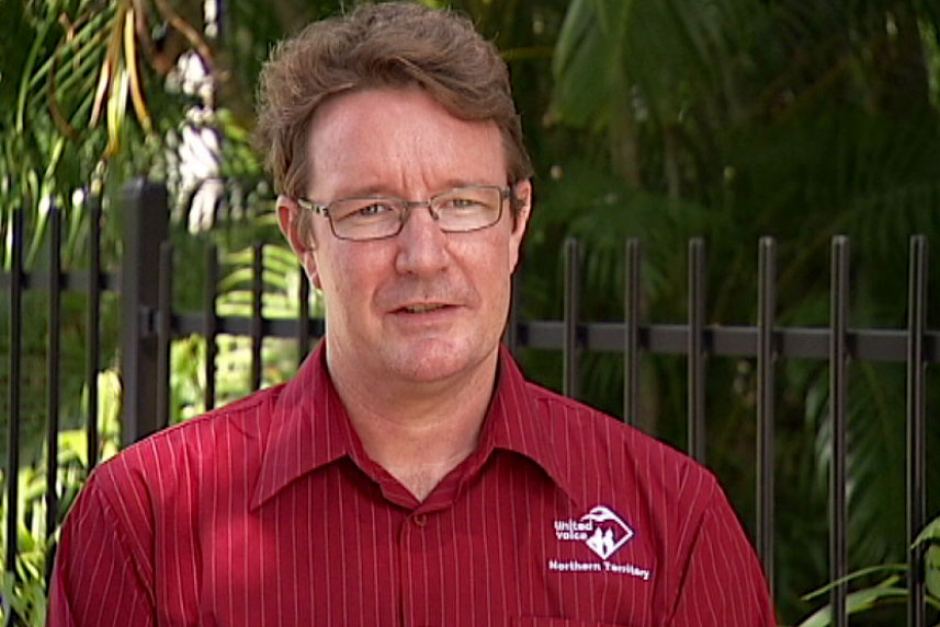 Former Labor official Matthew Gardiner, who reportedly fought with Kurdish against Islamic terrorists, has said he is afraid of reprisals after returning to Darwin.

Mr Gardiner, the former president of NT Labor, flew to Darwin on Saturday morning and was questioned for several hours after being intercepted by the Australian Federal Police (AFP).

It is unclear what role Mr Gardiner had in Syria, but Kurdish militia officials and an Iraqi border crossing official have told the ABC he was doing “humanitarian” work.

Speaking to the ABC on Monday he said he had been strongly advised by his lawyer to not speak publicly.

He asked for his house not to be identified in fear of revenge attacks.

Mr Gardiner, who was released without charge on Sunday, said he was co-operating with the ongoing police investigation.

He refused to confirm he was working with Kurdish militia.

Mr Gardiner, 43, served as an Australian Army combat engineer in Somalia in the early 1990s.

Shortly after leaving Australia, he was stood down as president of NT Labor and had his membership suspended, according to a statement from the party.

Senator Brandis declined to comment on Sunday, with a spokesman saying it was inappropriate as the matter was under investigation.

A spokesperson for Attorney-General has previously said it was illegal for Australian citizens to support any armed group in Syria, even though the Australian Defence Force and Kurdish rebels may share a common enemy.

The militia known as YPG or the Lions of Rojava have been restrictive with information to Western journalists because of Australian law prohibiting citizens going to Syria.

Mr Gardiner could face life imprisonment under the Foreign Fighters Bill passed in Parliament in October.