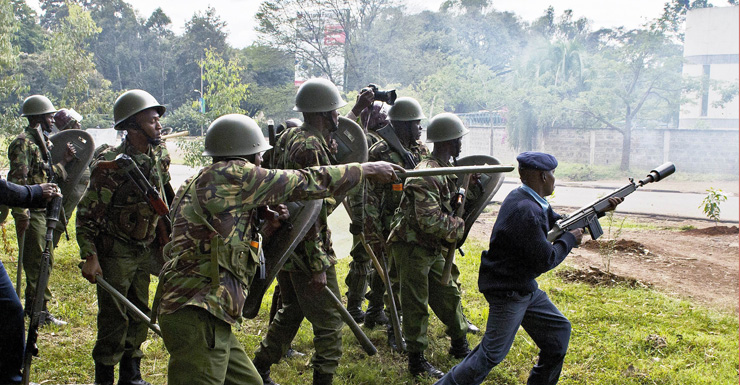 Up to four masked gunmen have attacked a university in Kenya, killing at least two and seizing hostages.

Shooting and explosions were heard at dawn at Garissa University College in the north-east of the African nation.

“The gunmen shot indiscriminately while inside the university compound,” he said

At least two people have been killed and four injured.

Two policemen and a student have been injured and rushed to hospital, local media reports.

No group has yet claimed responsibility.

Islamic militants have launched many terrorist attacks in Kenya in recent years.

The university is roughly 150 kilometres west of Somalia and has in the past been targeted by militants from the al-Qaeda-linked al-Shabab.

A witness, Ahmed Nur, said he saw the bodies of two university guards, shot by the attackers.

The area surrounding the university has been sealed off by the Kenya security forces and the army has been called in.