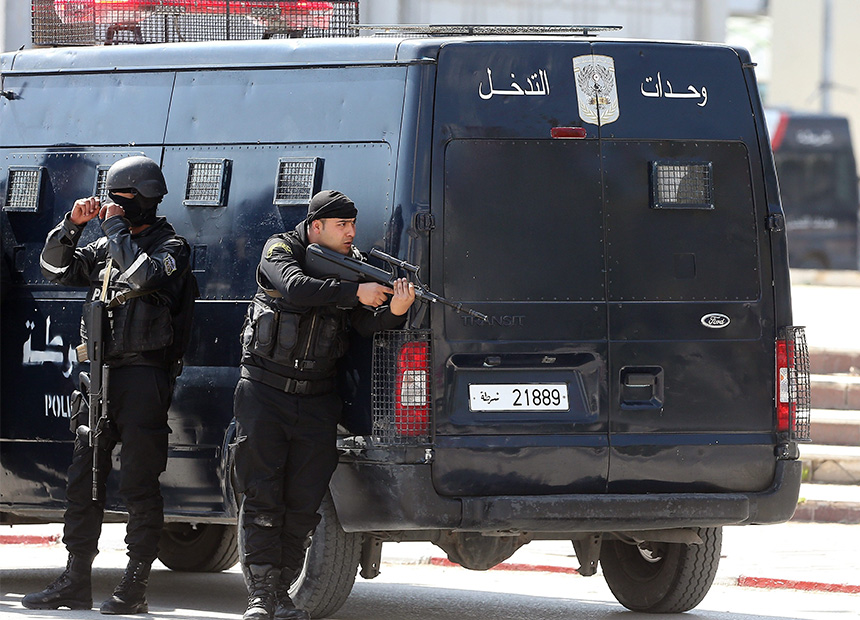 A New South Wales man is among 17 tourists killed by suspected Islamic State gunmen during a brazen attack on Tunisia’s national museum on Thursday.

Prime Minister Tony Abbott confirmed the death of the dual Australian-Columbian citizen and extended the thoughts and prayers of the Australian people to the man’s family.

Polish, Italian, German and Spanish tourists were also thought to be among the dead, along with a Tunisian national and a policeman.

Tunisian Prime Minister Habib Essid said two of the gunmen had been killed by police, while another two remain at large.

He said a revised death toll of 17 was more accurate than earlier estimates of 20 or more victims.

The nationality of a 16th victim was not given, while the 17th was yet to be identified.

European Union Foreign Policy Chief Federica Mogherini said Islamic State militants were behind the attack, but no group is yet to claim responsibility for the attack.

“The EU is determined to mobilise all the tools it has to fully support Tunisia in the fight against terrorism,” Ms Mogherini said.

Tunisian police said the gunmen were dressed in military uniform and armed with Kalashnikov rifles, and opened fire on the tourists as they were disembarking from a bus and chased them inside the Bardo National Museum.

Health Minister Said Aidi told reporters 38 others had been wounded in the attack, including citizens of France, South Africa, Poland, Italy and Japan.

Tunisia – the birthplace of the Arab Spring revolutionary movement – has struggled to tackle a rise in attacks from Islamist extremists, with Islamic State militants particularly active in neighbouring Libya.

According to the ABC, the attack is believed to be the worst on foreigners in Tunisia since an Al Qaeda suicide bombing on a synagogue killed 14 Germans, two French and five Tunisians on the island of Djerba in 2002.

Interior ministry spokesman Mohamed Ali Aroui said about 100 tourists had been inside the museum at the time of the attack.

He said “anti-terrorist units” had entered the museum but refused to confirm reports of a hostage taking.

In Brussels, French Prime Minister Manuel Valls said he condemned “this terrorist attack in the strongest terms”, adding there had been a “hostage taking”.

The Bardo National Museum, a famed repository of ancient artefacts, is next door to Tunisia’s parliament, where work was suspended during the attack.

An Islamist lawmaker, Monia Brahim, said gunfire from the initial assault prompted parliamentary committees to suspend their meetings as MPs were ordered to assemble in the main chamber.