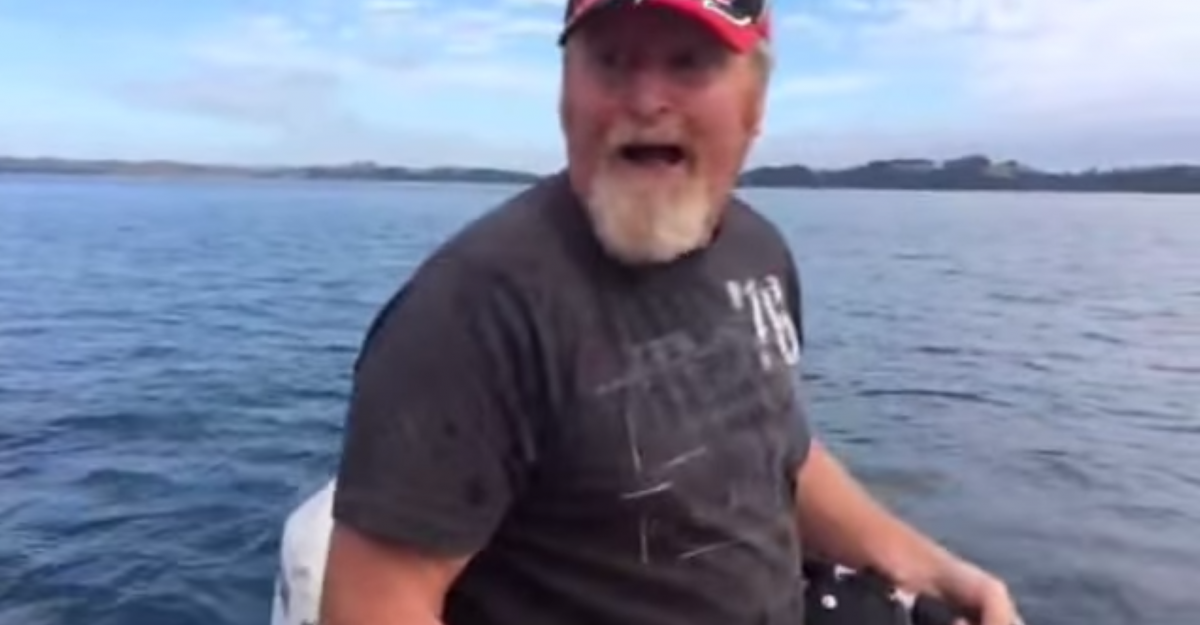 However, terrifying new footage from a New Zealand fishing trip proves it can also be an extreme sport.

In the clip, which has been watched on Facebook half a million times, the fisherman can be seen wrestling with his line for several minutes, while the charter operator speculates over what his catch might be.

As he pulls up what appears to be the carcass of a small shark, a giant great white leaps out of the water just centimetres from the boat and snatches the prized catch away.

“I thought he was coming in here!” the fisherman exclaims, clearly in shock.

The charter operator sums it up correctly when he says: “Mate, I just about s**t myself”.