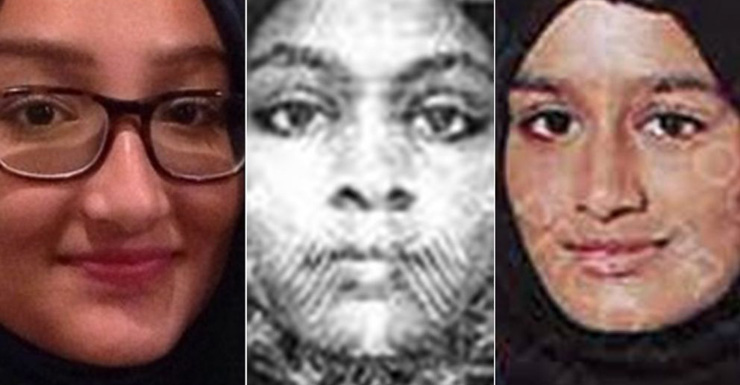 Distraught parents have pleaded for the safe return of three school girls lured to territory under the control of bloodthirsty religious cult, the ‘Islamic State’.

The east London teenagers enrolled at Bethnal Green Academy are feared to have already crossed into Syria, one of several parts of the Middle East overrun by a terrorist group that has declared itself to be an Islamic empire.

Shamima’s family have begged their daughter to flee the “dangerous place”.

“We understand that you have strong feelings and want to help those you believe are suffering in Syria. You can help from home, you don’t have to put yourself in danger,” said the family in a statement.

A female Scottish extremist is suspected of coaxing the trio to leave their homes and join ISIL.

Terrorist recruit Aqsa Mahmood reportedly contacted at least one of the girls on social media under the name ‘Umm Layth’, her terrorist pseudonym.

Mahmood, who left her Glasgow home in November 2013 after being radicalised, has been branded a disgrace by her relatives for her possible role in sending the girls to the war zone.

In a statement released through a lawyer, Mahmood’s family said they were “full of horror and anger” that she may have had a role to play in the recruitment of the young girls.

“You are a disgrace to your family and the people of Scotland, your actions are a perverted and evil distortion of Islam,” said the statement.

“You are killing your family every day with your actions, they are begging you stop if you ever loved them.”