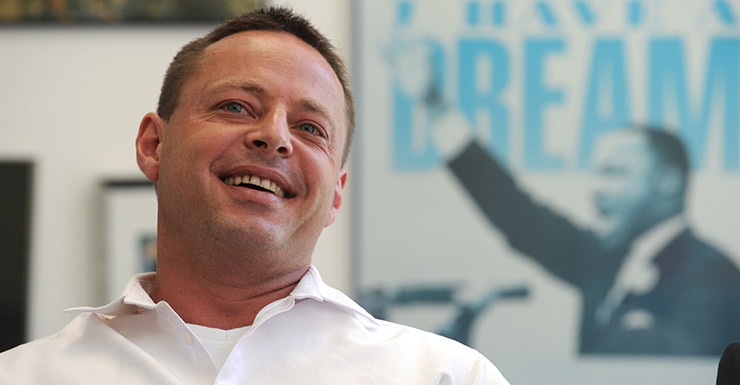 Australian David Hicks, a former prisoner at the US Navy base at Guantanamo Bay, has won a legal challenge to his terrorism conviction before a military court.

The US Court of Military Commission Review struck down his March 2007 conviction in a unanimous ruling that reverses what had been one of the government’s few successes in prosecuting prisoners at Guantanamo.

Lawyer Wells Dixon said he immediately called Hicks’ lawyer in Australia to pass on the news to his client.

“David is aware of the decision and he is thrilled,” Mr Dixon said. “He is free to live his life without this conviction hanging over his head.”

“In a way, he is finally free of Guantanamo.”

Hicks’ Australian lawyer Stephen Kenny said his client was now an innocent man with no convictions on his record.

“It will be the end of people calling him a terrorist,” he told ABC Radio on Thursday soon after the verdict came through.

“Frankly, he should never have been in Guantanamo Bay.”

Hicks, 39, pleaded guilty to providing material support to terrorism. It was a plea bargain in which all but nine months of his seven-year sentence was suspended and he was allowed to return home by the end of that year.

In 2014, an appeals court ruled that material support was not a legally viable war crime for the special wartime court at Guantanamo known as a military commission.

Prosecutors argued his conviction should still stand because he agreed not to appeal as part of the plea deal, an argument rejected by the US Court of Military Commission Review.

For Hicks, the decision is the end of an odyssey that began when he travelled to Pakistan in 2000, joined the militant group Lashkar-e-Taiba and took part in an attack on Indian forces, according to court records.

He later travelled to Afghanistan and attended a training camp run by al-Qaeda. His only real fighting experience was helping to guard a Taliban tank near the Kandahar airport.

He was captured by the Northern Alliance, turned over to US forces and spent about five years at Guantanamo. Dixon said Wednesday’s decision is “confirmation that he is actually innocent” of any crime.

The US government has not said whether or not it will attempt an appeal – and a Pentagon spokesman had no immediate comment – but Mr Kenny believes it won’t.

Mr Kenny said his client was a happy man.

“He’s very pleased his name was cleared but disappointed he was forced to remain in Guantanamo Bay for so long,” he said.

Hicks could celebrate with a special dinner on Thursday night, he added.

Mr Kenny said Hicks could potentially seek compensation from the Australian government but his legal team would have to show there was evidence it had played a role in his five-year detention at the US navy base at Guantanamo Bay.

“At this stage, it’s pretty much the end of it for David,” he said.

Mr Kenny said Hicks was getting his life back on track, living and working in Sydney, following his experience of torture and solitary confinement.