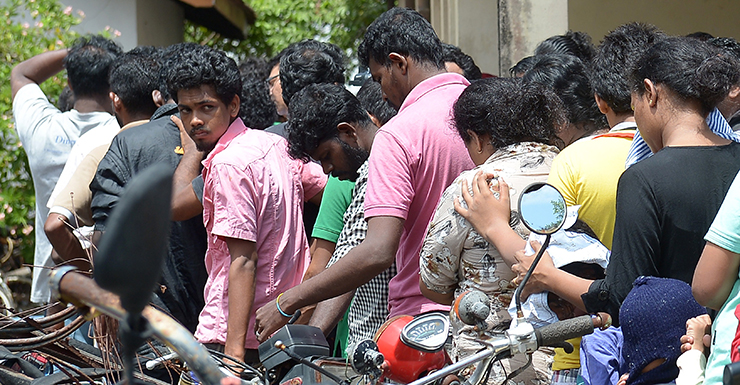 The High Court has found the government did not act illegally when it detained 157 Tamil asylum seekers aboard a customs boat for almost a month, and has ruled that they are not entitled to compensation.

The boat carrying the group of Tamil asylum seekers was intercepted by Australian Customs 16 nautical miles from Christmas Island in June last year.

The Tamils were held at sea for almost four weeks before being taken to Nauru after Canberra’s plan to return them to India failed.

Lawyers for the Tamils said their treatment on the customs vessel was “inhumane and cruel”, while relatives and Tamil community representatives in India said the experience had deterred others from making the same journey.

The case was mounted by a Tamil Christian man named only as CPCF who was aboard the vessel.

Late last year the Australian Government made changes to legislation which asylum seeker advocates said could make it difficult to challenge boat turn-backs and detention at sea in the future.

The changes meant detention powers can not be ruled invalid on the basis of international obligations.

Last July, then Immigration Minister Scott Morrison said the asylum seekers were economic migrants and they would not face persecution if they were sent back to India.

The asylum seekers will now receive no compensation.

The Australian Greens have hit back at the High Court’s ruling on Wednesday, saying: “The Abbott government’s obsession with secrecy has been exposed by today’s High Court challenge of its on-water detention practices”.

“The arrogance of the Abbott government has been on full display in this case,” the Greens’ immigration spokesperson, Senator Sarah Hanson-Young said.

“It’s very disappointing that the government blackmailed the Senate crossbenchers into changing the law to legalise this dangerous and harmful practice late last year.”

“We will do whatever is possible…to stop people smuggling from taking place,” Mr Dutton told Channel Nine news on Wednesday.