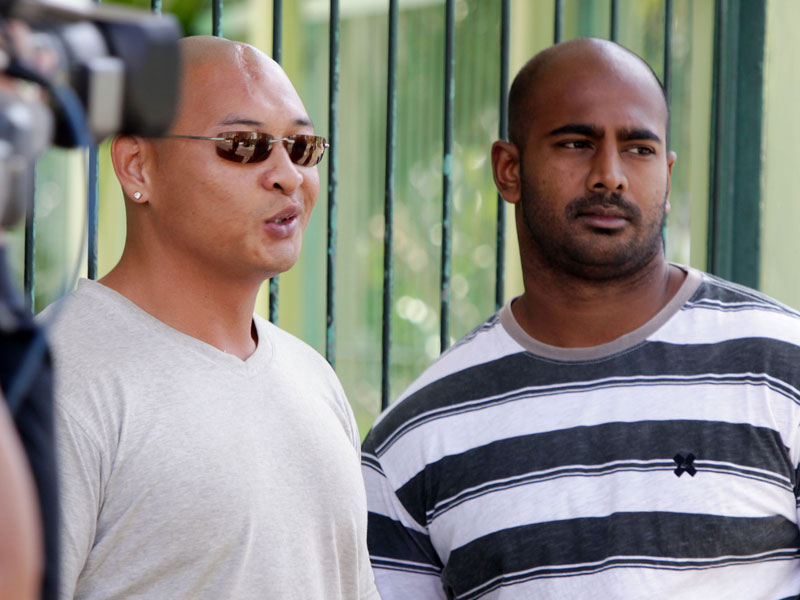 Indonesia’s Attorney-General has announced that two Australians convicted of smuggling heroin could be killed together as punishment for their alleged crimes.

The executions of six narcotics inmates on death row will begin this weekend, but Myuran Sukamaran and Andrew Chan will have their death sentences delayed, Attorney-General HM Prasetyo said.

Both men, who have been on death row since 2006 for their parts in the so-called Bali Nine’s attempt to traffic heroin to Australia, have applied for presidential pardons as their last chance to escape being killed.

Sukamaran has been denied a pardon, while Chan is still awaiting an answer.

The Attorney-General said that the men must be executed together because they committed their crimes together, and so the date of Sukamaran’s execution depended on whether Chan received clemency.

“His clemency has been rejected, now we are waiting on the decision on the clemency request made by another man, Andrew Chan,” Mr Prasetyo said.

Indonesian president Joko Widodo has indicated he would not give clemency for drug cases.

Mr Prasetyo said the Australian Government had not pressured Indonesia to grant clemency.

“Indonesia will make no compromise with drugs syndicate and we will be consistent in our hard and firm stance,” he said.