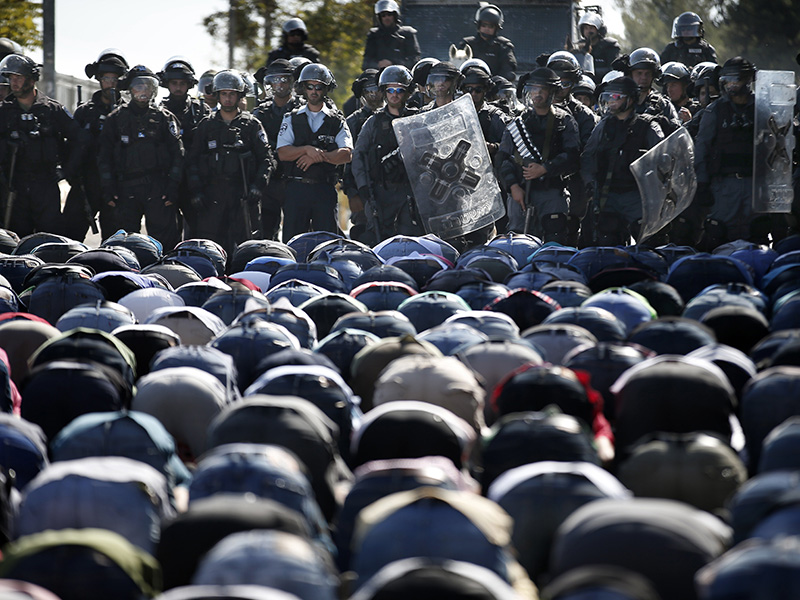 Islamic extremism must be defeated. Murderers must be caught and punished. These are two self-evident truths. But are ‘we’ going about it the right way and who’s ‘us’ anyway?

In the last 14 years the west has invaded Iraq under the pretext of terrorism, has invaded Afghanistan to stop the Taliban, and continues drone strikes in Pakistan’s tribal areas in the name of defeating terror.

So how is the west doing in its objective to wipe out terrorism?

• Has Andrew Bolt fallen into the extremists’ trap
• Paris shooting: free speech in the firing line
• Man Haron Monis: who was the siege gunman

The recently declassified US Senate report into CIA operations points out that terrorists and terrorist organisations are stronger now than they were in 2001. The reason is quite simple: terrorist and extremist organisations have been able to recruit and train new ‘soldiers’ to their ‘cause’ faster than the west has been able to kill them.

Einstein said that the definition of insanity is doing the same thing over and over while expecting a different result. So should the west keep going with the current failed approach? Do policy makers understand why it is not working?

Any military tactician will tell you that an army needs to degrade the enemy’s personnel, resources and supply chains as well as their ability to replenish lost combatants through recruitment.

One of the reasons for the step backwards is that the west’s actions have provided great motivation and recruiting propaganda for the extremists. One doesn’t need to be a policy specialist to see this.

Remember the V2 bombs that rained down on London in World War II? Did they scare the British into submission or did it cause them to “never surrender” as Churchill said?

What do you think happens in Pakistan when a drone strike hits a wedding, or school? You might kill a terrorist in the crowd, but how many more have you created as they watch a mother, sister or child being killed as ‘collateral damage’?

Let’s be clear: I am not an apologist for the terrorists. I am just saying that the current approach is not working. If it’s not working, change it or be defeated.

Who are the greatest victims of Islamic extremism? It is not the west. It is the Islamic moderates.

If the extremists are to be defeated, moderates must be on the same side as the West. So why isn’t there a flock of moderates coming to ‘our’ side when they are the main victims of extremism?

Western rhetoric often labels all Muslims in the same category. We don’t differentiate in our media coverage or discussions. We don’t cry for the protection of moderate Islam, we call for a battle with Islam.

When an attack happens in the west, cries from the right wing arise that ‘Islam must be defeated’. Which Islam? The moderate Islam that extremists are attacking or the radical Islamists who murder innocents?

Are we opening our arms to moderate Islam, or are we pushing them away in fear by blaming their entire religion?

“Why aren’t moderate Muslims speaking out?” some say. The answer is that they are; it is just the West is not listening.

The focus on religion is a red herring. We are not looking at the root cause of the problem we now face.

So what is the real cause?

Even in Bhutanese Buddhism the most enduring early Monk, Drukpa Kenley, known as the Divine Mad Man, could persuade people to do crazy things. In his case this monk persuaded an entire country of women that the way to enlightenment was to have sex with him.

Religion has long been an exercise in political control. Almost always wealthy narcissists exercise influence over often poor and illiterate people. Religion tends to be a magnet for the dispossessed or those searching for belonging or those who feel excluded from society.

Why are narcissistic murderers able to rally poor illiterates to their ’cause’ using a false interpretation of Islam as their rallying cry? Answer this question and tackle the root problem, then maybe extremism will be defeated.

Poverty, poor education and small but significant populations in France, Australia, the UK and US who are disengaged, excluded and in search of a home, provide fertile recruiting grounds for extremism and general crime. Excluded people can sometimes be attracted to a charismatic murdering narcissist who turns a lonely sad person into a murderer.

Hitler did this in Germany. Stalin did this in Russia. It took the West over ten years to defeat Hitler, including a five year war that cost millions of lives.

If we keep bombing places like Pakistan we will give more recruits to the extremist cause. If we allow slums to develop in our cities we provide fertile breading ground for not only crime, but also extremism.

If we want to win this war with extremism it needs to be like winning the cold war. It will take a long time. It will take economic, social, police and military tools working in harmony in a single strategy. We need to rob the extremists of recruiting tools by building economic growth and education in their recruiting grounds – Paris and London slums, Pakistan and Afghanistan, Iraq and others. We must stop collateral damage and be more targeted in our attacks on ring leaders.

We need to do all of that. But most of all we need to welcome in the moderate Muslims so that the ‘us’ versus ‘them’ concentric circle includes all moderates against all extremists. If we fail to do that then we push the moderates into the extremists’ arms. If that happens, we will lose.

• Andrew MacLeod is a Visiting Professor at Kings College London, a visiting expert at the Center for Strategic and International Studies in Washington DC, a former Australian Army Officer and United Nations Official. He can be followed on twitter @andrewmmacleod

Why getting tough on Islam will not work