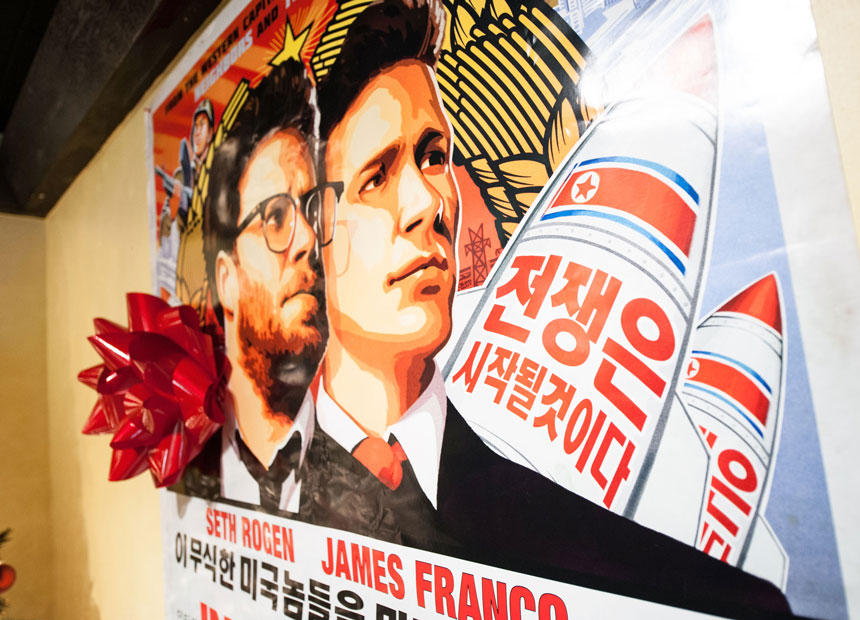 North Korea has lashed out at fresh sanctions imposed by the United States in retaliation for its alleged cyber attack on Sony Pictures, criticising Washington for refusing a proposed joint investigation.

US President Barack Obama last week authorised a new layer of sanctions on several Pyongyang institutions and officials, in the wake of the crippling hacking attack on the Hollywood movie studio.

US investigators have said the North was behind the attack in November, but some experts have raised doubts about the conclusions of the FBI probe.

The North repeatedly denied involvement and demanded a joint investigation into the attack – a proposal the US has ignored.

The North’s foreign ministry said Washington’s rejection of the proposal revealed its “guilty conscience”. It said the US was using the attack to further isolate the North in the international community.

“The persistent and unilateral action taken by the White House to slap ‘sanctions’ … patently proves that it is still not away from inveterate repugnancy and hostility toward the (North),” the ministry spokesman told the state-run KCNA news agency.

The impoverished but nuclear-armed state is already heavily sanctioned following a series of nuclear and missile tests staged in violation of UN resolutions.

The spokesman also said the new sanctions would further push the North to strengthen its military-first policy known as Songgun.

The cyber attack on Sony’s computers in late November led to the release over the internet of information on employees and unreleased films, as well as embarrassing in-house emails.

The hackers also mounted threats against Sony over the planned Christmas release of the comedy film The Interview, which depicts a fictional CIA plot to assassinate the North’s leader Kim Jong-Un.

Pyongyang, which repeatedly slammed the movie as an “act of terror,” earlier praised the hacking attacks as a “righteous deed” possibly staged by its sympathisers but denied involvement.

Obama warned of retaliation against Pyongyang for the alleged hacking, but his administration denied comment on whether it was linked to the outages.