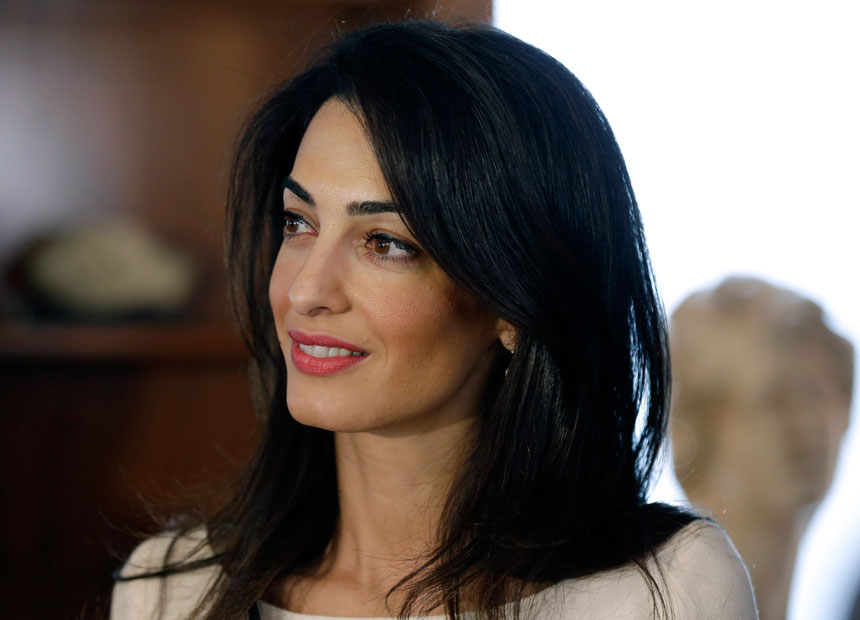 Egypt is disputing a claim by British human rights lawyer Amal Clooney that she had been warned she risked arrest if she released a report in Cairo critical of the judiciary.

The lawyer, who is married to actor George Clooney, is acting for one of the Al-Jazeera journalists imprisoned alongside Australian Peter Greste.

She told Britain’s Guardian newspaper she was threatened with arrest when trying to publish a report into Egypt’s judicial system.

The warning had stopped her going ahead with a Cairo launch for the February 2014 report for the International Bar Association, she said.

“She should say exactly who said that,” Abdel Latif told AFP. “Why not specify from the start who told her that?”

“We have nothing against her,” he said.

In the comments published by the Guardian on Saturday, Mrs Clooney did not detail the source of the alleged warning.

“When I went to launch the report, first of all they stopped us from doing it in Cairo,” she said.

“They said: ‘Does the report criticise the army, the judiciary, or the government?’ We said: ‘Well, yes.’ They said: ‘Well then, you’re risking arrest.'”

The report, based on a fact-finding mission made in mid-2013, warned about the wide powers that ministers had over judges and highlighted a record of selective prosecutions, flaws that Mrs Clooney said later contributed to the convictions of Greste and the other Al-Jazeera journalists.

Mrs Clooney, who is now on the defence team for one of the three – Egyptian-Canadian Mohamed Fahmy – said the same flaws in the judicial system meant she had little confidence in the retrial ordered on Thursday by Egypt’s top court.

She said she was focusing instead on lobbying for Fahmy to be deported under new powers decreed by President Abdel Fattah al-Sisi in November.

Lawyers for Fahmy’s Australian colleague Peter Greste are pushing for the same outcome, while the wife of Egyptian Baher Mohamed has said she is looking at ways to get her husband out of Egypt.

The three men remain in custody pending the retrial.