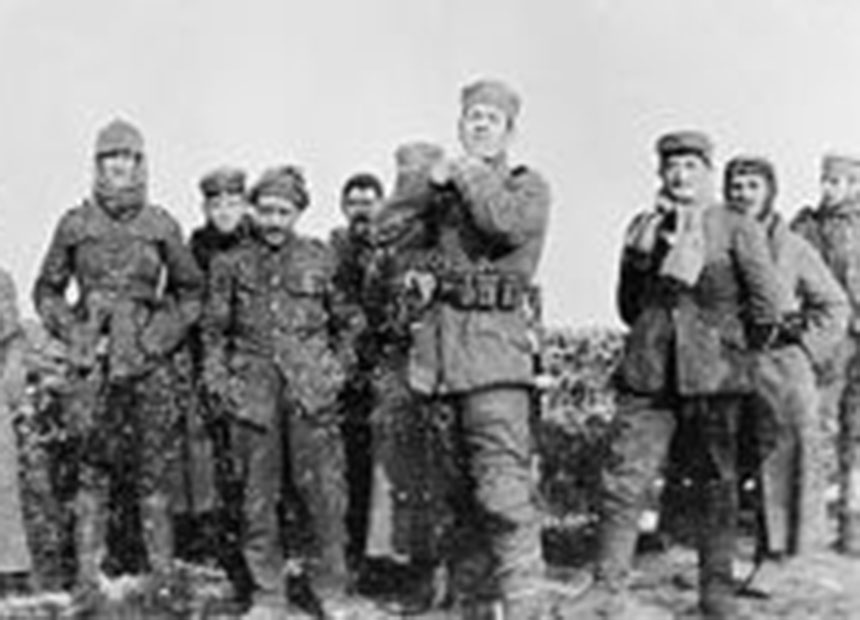 A letter from a World War I soldier describing the “extraordinary sight” of a spontaneous Christmas ceasefire between German and British soldiers has been published 100 years after it was written.

British army officer Alfred Dougan Chater wrote the letter to his mother from a freezing trench on the Western Front in 1914, describing an event remembered as a moment of fleeting humanity in a four-year war that killed more than 16 million.

“I am writing this in the trenches in my `dug-out’ – with a wood fire going and plenty of straw it is rather cosy, although it is freezing hard and real Christmas weather,” wrote Chater.

The letter, published on Wednesday, appears to be written in two parts – the first on Christmas Day and the second on December 27. “I think I have seen today one of the most extraordinary sights that anyone has ever seen. About 10 o’clock this morning I was peeping over the parapet when I saw a German, waving his arms, and presently two of them got out of their trench and came towards ours.”

“We were just going to fire on them when we saw they had no rifles, so one of our men went to meet them and in about two minutes the ground between the two lines of trenches was swarming with men and officers of both sides, shaking hands and wishing each other a happy Christmas.”

An officer of the 2nd Battalion Gordon Highlanders, Chater wrote that soldiers had been “wandering about at will on the top of the parapet” and that a joint burial service was held for dead British and German soldiers retrieved from no-man’s-land.

“We exchanged cigarettes and autographs, and some more people took photos,” Chater wrote.

“I don’t know how long it will go on for … We are, at any rate, having another truce on New Year’s Day, as the Germans want to see how the photos come out!”

British newspapers went on to publish photos of the soldiers mingling, beginning a celebration of the truce revived in recent months alongside events to mark the centenary of the war.

Last week British and German soldiers played a friendly football match in the English garrison town of Aldershot to mark a game supposedly held between the trenches in 1914.

The truce did not last, and Chater was badly wounded three months later. But he survived to marry the sweetheart he had left behind, and died in England in 1974.

The letter was released by Britain’s Royal Mail, which recently published stamps of photographs of the truce, after it was passed to the company by a member of Chater’s family.

Click here to see a documentary on the truce.