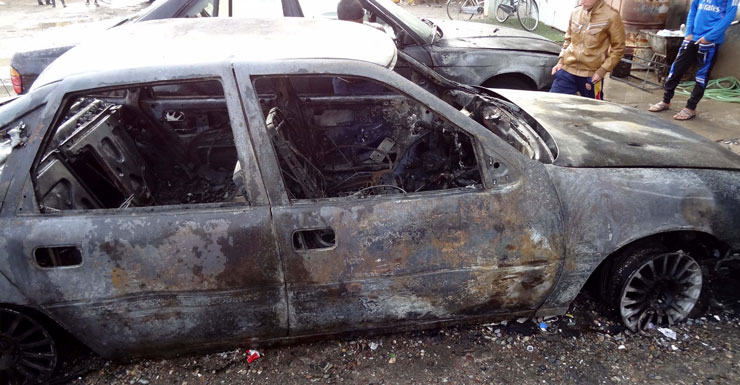 A suicide bomber has attacked Sunni fighters opposed to the Islamic State jihadist group as they gathered to receive salaries south of Baghdad, killing at least 21 people.

The attack on the fighters, known as Sahwa, near a military base in the Madain area also wounded at least 48 people.

• From television screen to terror suspect

It was unclear how many of the victims were Sahwa fighters.

There was no immediate claim of responsibility for the attack, but suicide bombings are a tactic almost exclusively employed by Sunni extremists in Iraq, including the Islamic State (ISIL) group.

ISIL spearheaded a sweeping militant offensive that has overrun much of Iraq’s Sunni Arab heartland since June – areas that Shiite-led government forces have sought local Sunni help to retake.

The Sahwa, or “Awakening” in Arabic, date back to the height of the US-led war in Iraq, when Sunni tribesmen joined forces with the Americans to battle insurgents including ISIL’s predecessor organisation, the Islamic State of Iraq.

The Sahwa were key to sharply reducing violence, but when Iraq’s government took over responsibility for their salaries they were sometimes paid late or not at all.

Now Sunni fighters, including the Sahwa and other armed tribesmen, again have an important role to play in the fight against ISIL.

The Iraqi government has distributed arms and ammunition to tribesmen, and Prime Minister Haider al-Abadi aims to establish a national guard made up of local fighters, though the necessary law has yet to pass parliament.

But major areas, especially north and west of Baghdad, remain outside government control.