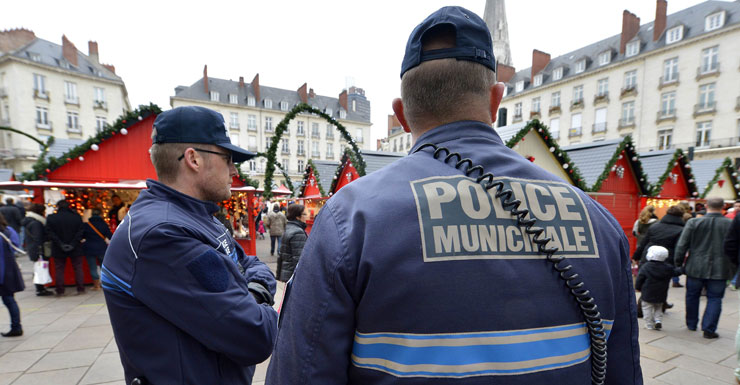 While the motives behind the incidents — a knife attack on police and two car rampages onto passers-by — remain unclear, the violence has jarred nerves after repeated jihadist calls for “lone wolf” action in France over its fight against Islamic extremism.

Valls stressed that the three incidents were “distinct”, urging the French to keep calm while stressing security would be heightened.

“Two hundred to 300 extra soldiers will be deployed in the coming hours” on top of 780 forces already mobilised, he said live on television on Tuesday.

Security patrols will also be increased in shopping areas, city centres, stations and on public transport, he added.

The violence began on Saturday when a man was shot dead after attempting to enter a police station in the central town of Joue-les-Tours while shouting “Allahu Akbar” and attacking three officers with a knife, two of whom were seriously injured.

Then on Sunday evening, a driver ploughed into pedestrians in Dijon in the east, injuring 13 people and also shouting the same Islamic phrase which means “God is greater”.

And on Monday night, another man rammed into a bustling Christmas market with his car in the western city of Nantes, injuring 10 people before stabbing himself repeatedly and being arrested.

A 25-year-old man later died of injuries sustained in the attack, local prosecutor Brigitte Lamy said, adding the injured assailant was not yet fit to be questioned.

The attacks differ widely and present disturbing similarities, and Valls acknowledged there could be a copycat effect.

“Unbalanced individuals can act. They can be receptive to or influenced by propaganda messages or the power of images,” he said.

In September, the radical Islamic State group urged Muslims around the world to kill “in any manner” those from countries involved in a coalition fighting its jihadists, singling out the French.

Among instructions detailing how to kill civilians or military personnel was to “run him over with your car.”

But while the probe into Saturday’s attack is veering towards extremism — the Burundian convert to Islam who assaulted police had posted an Islamic State flag on his Facebook page — the car rampages appear to have been committed by unstable people.

Prosecutors insisted they were not “terrorist acts”.

The assailant in Dijon had been to psychiatric hospitals 157 times, local prosecutor Marie-Christine Tarrare told reporters.

She said the 40-year-old told police he ploughed into people due to a sudden “outburst of empathy for the children of Chechnya” and had shouted “Allahu Akbar” to give him courage.

The 37-year-old attacker in Nantes, meanwhile, did not appear to have a history of psychiatric problems although his mental state had deteriorated over the past few weeks.

Saturday’s assailant Bertrand Nzohabonayo, 20, was not on a domestic intelligence watch-list but his brother Brice is well known for his radical views and was arrested in Burundi soon after the incident.