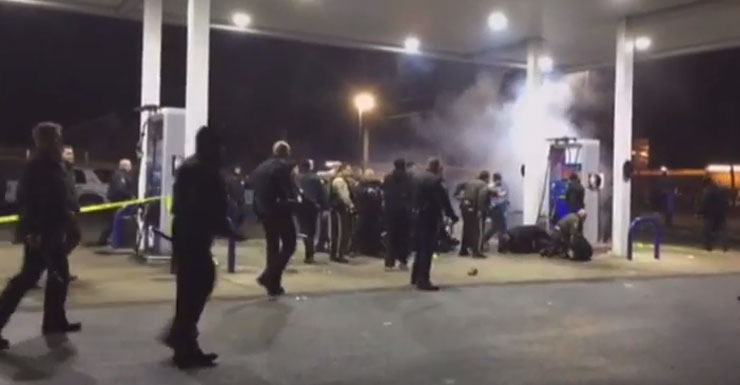 A US police officer has shot dead a black teenager in Missouri after he said the young man pointed a gun at him.

The St Louis police officer said one of two men he approached at a petrol station drew a gun before he shot the teenager a number of times.

The second man ran off.

Police said the officer was doing a routine business check when he approached the men.

In a statement, St Louis police said: “The Berkeley police officer exited his vehicle and approached the subjects when one of the men pulled a handgun and pointed it at the officer. Fearing for his life, the Berkeley Officer fired several shots, striking the subject, fatally wounding him. The second subject fled the scene … St. Louis County Police Detectives have recovered the deceased subject’s handgun at the scene.”

A group of about 60 people has gathered at the scene.

The St Louis suburb of Berkeley where the shooting took place is about 3km from Ferguson, where a police officer fatally shot 18-year-old Michael Brown in August.