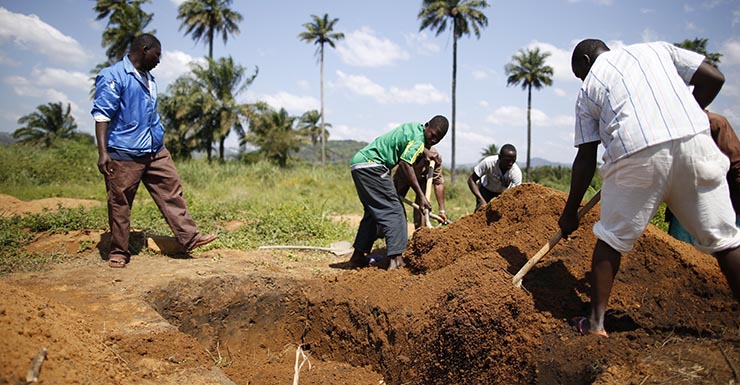 More than 7,500 people have now died from the Ebola virus, as the number of cases climbs towards 20,000, the World Health Organization said on Monday.

The UN health agency reported that as of December 20, 19,340 people had been infected with the deadly virus in Guinea, Liberia and Sierra Leone, and that 7,518 of them had died.

The death toll in other countries remained the same: six in Mali, one in the United States and eight in Nigeria, which was declared Ebola-free in October.

• Who was TIME’s person of the year in 2014?
• Charities rally against aid cuts

Spain and Senegal, which have both been declared free of Ebola, meanwhile counted one case each, but no deaths.

Sierra Leone, which has overtaken Liberia as the country with most infections, counted 8,939 cases and 2,556 deaths on December 20.

Liberia, long the hardest-hit country, has seen a clear decrease in transmission over the past month.