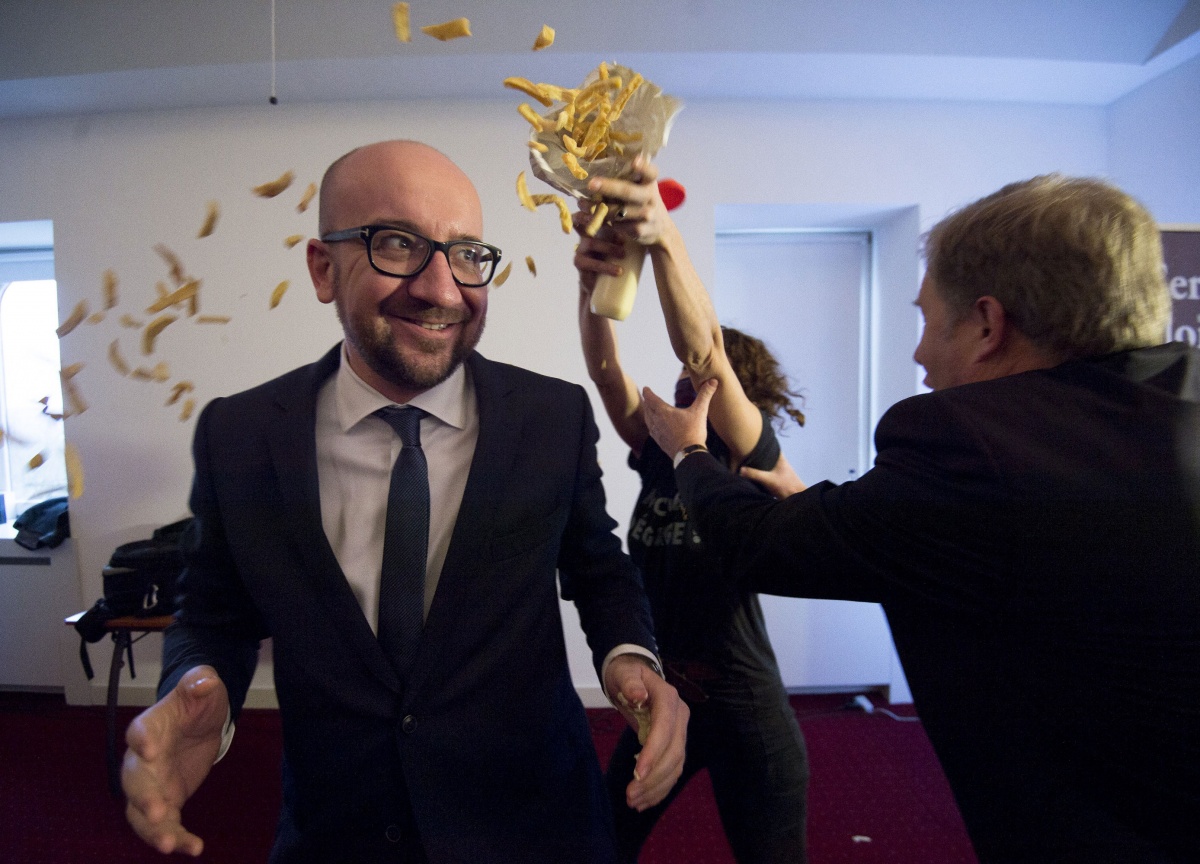 His country is known for its French fry prowess, so its only fair that Belgian Prime Minister Charles Michel should be covered in the delicious fried snack.

At least, that’s the thinking of the four anti-austerity activists who covered Mr Michel with french fries and mayonnaise during an official appearance in the city of Namur.

• Where is the hot chip capital of the world?

The 38-year-old remained decidedly good-natured throughout the deep-fried attack, smiling as the activists interrupted his speech by crying, “Michel out, austerity out”.

They then proceeded to hurl fries at the Prime Minister before dousing him with mayonnaise.

After they were removed by security, Mr Michel laughed off the incident, resuming his speech after apologising for “smelling like mayonnaise”.