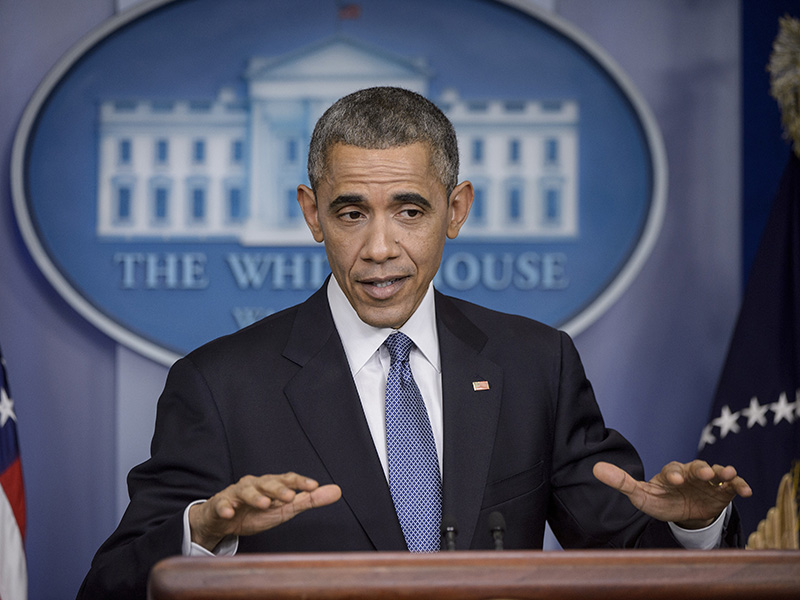 North Korea has threatened to hit back at the White House and other US targets if Washington sanctions it for an alleged hacking attack.

The country’s top military body, the National Defence Commission (NDC), again denied involvement in the hacking of Sony Pictures, which prompted executives to halt the release of a film seen by Pyongyang as mocking the North’s leader.

US President Barack Obama said on Friday it was confirmed that the North carried out the hacking.

“We will respond proportionately and we’ll respond in a place and time and manner that we choose,” he said.

The North’s NDC, in a statement on the official news agency, said its army and people “are fully ready to stand in confrontation with the US in all war spaces including cyber warfare space to blow up those citadels”.

“Our toughest counteraction will be boldly taken against the White House, the Pentagon and the whole US mainland, the cesspool of terrorism, by far surpassing the ‘symmetric counteraction’ declared by Obama,” it said.

The North, which has in the past made statements threatening the US mainland, accused the Obama administration of being “deeply involved” in the making of the comedy movie “The Interview”, which concerns a fictional CIA plot to kill Pyongyang’s leader Kim Jong-Un.

It again praised the “righteous action” by the hacking group, which has styled itself Guardians of Peace, but said it was unaware where they were based.

The FBI has cited “significant overlap” between the attack and other “malicious cyber-activity” with direct links to Pyongyang, including an attack on South Korean banks blamed on the North.

The North said in Sunday’s statement it has never attempted or made a cyber-attack on South Korea.

“It is common sense that the method of cyber warfare is almost similar worldwide,” it added.

Here’s the trailer for the film that started the furore: ‘The Interview’.

N Korea, US at loggerheads