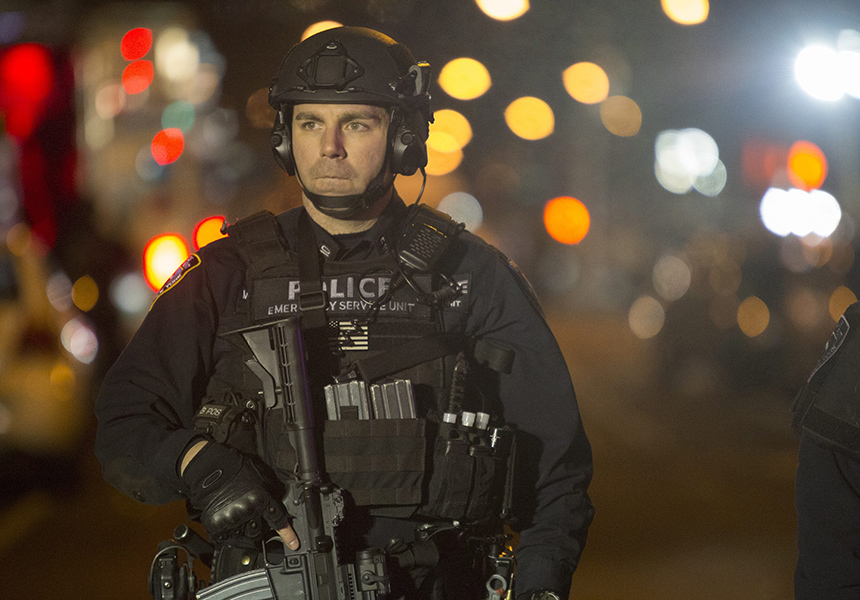 Two New York police officers have been shot dead at point-blank range in Brooklyn, in what local media called an ambush.

The shootings on Saturday come amid anger over the choke hold death of an unarmed black father-of-six by a white police officer, and a grand jury’s decision not to press charges against him.

“Our prayers are with our fellow #NYPD brothers who were executed in the line of duty today in #Brooklyn,” the New York Police Department’s 66th Precinct posted on its official Twitter page.

Earlier, NYPD spokesman Sergeant Lee Jones told AFP that “we can confirm that two police officers were shot at 14:50 hours at the corner of Myrtle and Tompkins in the 79th precinct”.

The Post said the officers were shot as they wore their uniforms and sat in their marked police car while working overtime as part of an anti-terrorism drill.

They were shot at point-blank range by a single gunman who approached their patrol car, it added.

Local media said the attacker fled on foot towards a metro station, where he was shot. It was not immediately clear if he had shot himself.

A grand jury’s decision not to indict the white officer over the July 17 death of Eric Garner has triggered mass protests in New York and other US cities.

The move followed a similar verdict in Ferguson, Missouri that sparked riots there and demonstrations in cities across America.

The St Louis suburb, a two-hour flight from New York, has been a hub of protest and racial tensions since unarmed black 18-year-old Michael Brown was shot dead on August 9 by a white police officer.

These cases, along with the death of a 12-year-old black boy who was gunned down by police officers in Ohio while handling a toy pistol in a playground, have inflamed underlying disgruntlement in the United States in relations between police and African Americans.