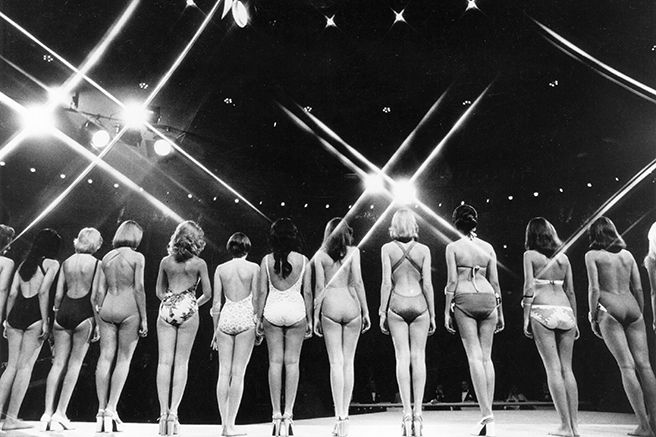 After a 60-year run, the swimsuit component of the Miss World beauty pageant will be removed in 2015, with the pageant’s chairwoman saying “it doesn’t do anything for women”.

In an interview with Elle Magazine, Miss World chairwoman Julia Morley, whose late husband Eric founded the contest in 1951, said the swimsuit component was archaic.

“I don’t need to see women just walking up and down in bikinis. It doesn’t do anything for the woman,” Mrs Morley said.

“I don’t care if someone has a bottom two inches bigger than someone else’s. We are really not looking at her bottom. We are really listening to her speak.”

“We don’t want to just make them feel like they are walking bodies, you know?”

Traditional beauty pageants have long been criticised for objectifying women due to their the emphasis on physical beauty.

The Miss World competition has tried to distance itself from this perception in recent years by introducing components where contestants are judged on charity work and academic grades.

Mrs Morley said she was trying to get away from the “cute” image of pageants like the Donald Trump-run Miss Universe.

Miss Universe has no interview and service component, and according to Mrs Morley, places a heavy emphasis on the swimsuit competition.

“This is what I want to get away from. This sort of ‘cute’ image. No offense to Mr. Trump. They are not little girls.”

This year’s Miss World crown was awarded to a 22-year-old South African woman who is a fourth-year medical student and charity worker.