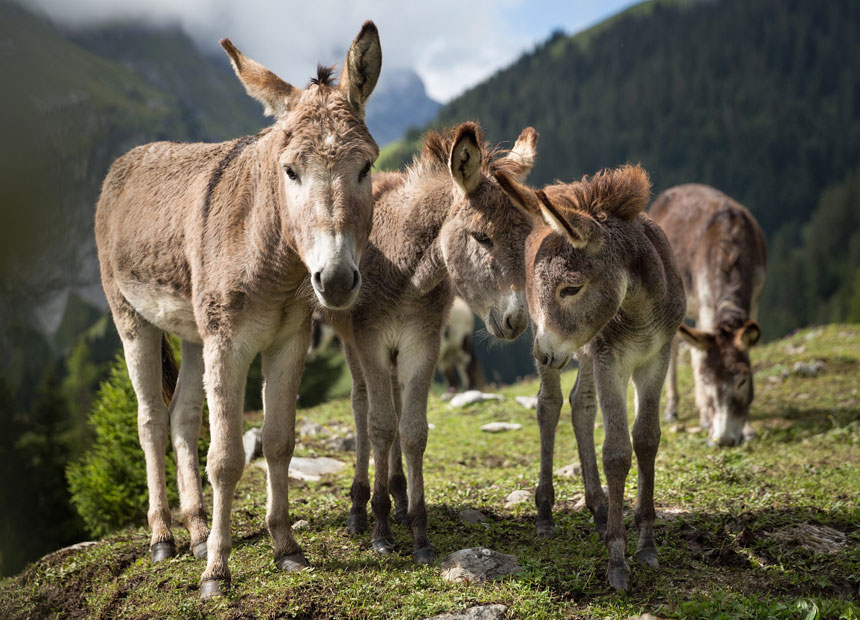 An overweight man has been charged with animal abuse in southern Spain after a young donkey died three days after he sat on it at an outdoor Nativity scene.

The five-month-old donkey named Platero was on display along with other animals in the centre of the town of Lucena in Spain’s Andalucia region, as part of the town’s annual Christmas celebrations.

But on December 10, a man weighing nearly 150 kilograms climbed into the donkey’s pen and sat on the animal’s back to have his picture taken, two animal rights groups, Adebo and Circulo Animalista de Podemos Lucena, said in a statement.

A photo widely circulating on social media showed the portly man, who wore a blue shirt and green pants, grinning as he posed on the donkey with one hand on his hip and the other hanging on to the wooden fence that was meant to keep him out.

Two days later, the donkey was taken to a vet after local residents contacted Lucena town hall to say that the animal was not able to stand, the animal rights groups said.

The donkey died the following day.

“Our Platero was literally squashed by a man,” the statement said.

“The man proudly posed with his almost 150 kilos of weight on the fragile body of the animal, fatally injuring him.”

Police in Lucena detained a 38-year-old man over the incident and charged him with animal abuse, a local police spokesman said.

“TAKE CARE OF ANIMALS! Don’t be an ass…Show humanity and intelligence. Respect the rules!” Spain’s national police said in a Twitter message that included a link to a story about the case in El Mundo newspaper.

Nativity scenes depicting the birth of Jesus can be found across towns and cities in Spain in the lead-up to Christmas, and often include live animals such as sheep and donkeys.

Three wise men, a donkey and a fat Spaniard