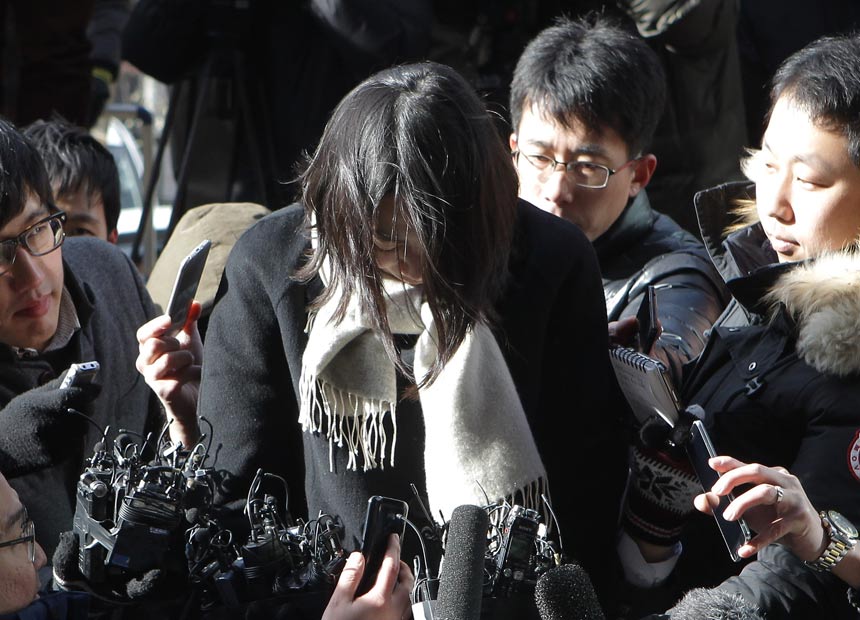 Korean Air is facing an investigation and million-dollar fine after the daughter of its chairman had a dramatic on-board meltdown over a packet of nuts.

Cho Hyun-ah, the 40-year-old daughter of Korean Air tycoon Cho Yang-ho, has been forced to publicly apologise after she flew into a violent rage when flight attendants served her macadamia nuts in a packet rather than a bowl.

According to reports, Ms Cho delayed a flight from New York to Incheon, South Korea, when she attacked the cabin crew service manager, shoving him into the cockpit.

She then allegedly proceeded to demand the manager and another flight attendant get down on their knees and beg for her forgiveness, an allegation she has denied.

The cabin crew manager was then forced to disembark after the plane, which was yet to take off, returned to the gate.

An investigation conducted by South Korea’s transport ministry found Ms cho had acted in an abusive manner and could have broken aviation law.

The airline could now face penalties of up to $144 billion Korean Won, which is just under AUD$2 million, and a suspension.

Ms Cho has since resigned from her position as vice president of the airline, issuing a public apology for her behaviour.

“I feel so sorry for our customers and South Koreans for causing such trouble… and seek forgiveness from the people who might have been hurt by me,” she said.