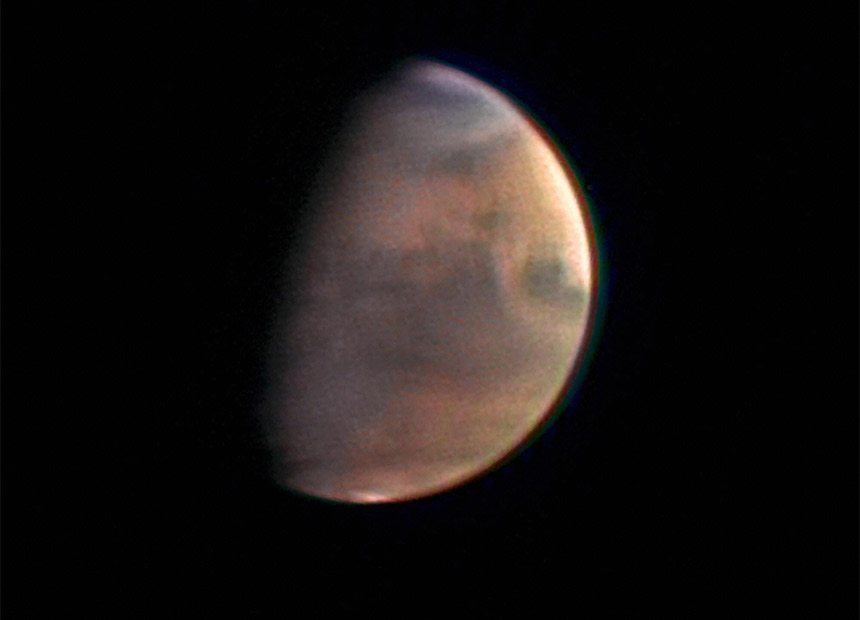 NASA’s Curiosity rover that’s researching on Mars has reported back to earth about the presence of methane gas on the planet.

A change in the air: I detected a 10x spike of methane in Mars’ atmosphere #AGU14 http://t.co/TsMs5LEW8b pic.twitter.com/v71ei8XDAx

The detections are being called ‘burps’, ‘belches’ and ‘spikes’ and scientists can’t be entirely sure of what causes the levels to rise according to a report in journal Science.

There is the possibility they could be caused by tiny bacteria-like living organisms, although there are also numerous non-biological methods that can produce the gas.

The average level of the gas is much lower than predicted but the sharp rises in levels have led NASA scientists to believe that the gas is being produced in the Gale Crater where Curiosity is.

The study into methane gas levels on Mars covered a 20-month observation, where levels would increase dramatically in the space of 60 Martian days (approx. two months on Earth).

Methane gas levels in theory should stay constant for hundreds of years but the report shows Mars is having spikes and drops unusually regularly.

Scientists are fairly sure this means methane is being created below the surface of the planet but they aren’t able to say if the process is biological or geological.

At a press conference Curiosity Project Scientist John Grotzinger said the news was exciting because it shows the plant it is still very active.

He also stressed that it was still too early to call whether it proved life existed on Mars.

‘I am not afraid’: The modern unknown soldier risks it all in Ukraine
Energy market reform will be a big boost for emissions reductions: Chris Bowen
Greens sign up for Labor’s looming jobs-and-skills summit as Liberals stick with boycott
Joe Biden’s $430b green victory for the environment
China cementing its Thailand ties with joint military exercises
NRL: Titans frantic to end 10-game losing streak as Manly showdown looms
US poll backs torture
Today's Stories

Are methane burps the key to life on Mars?