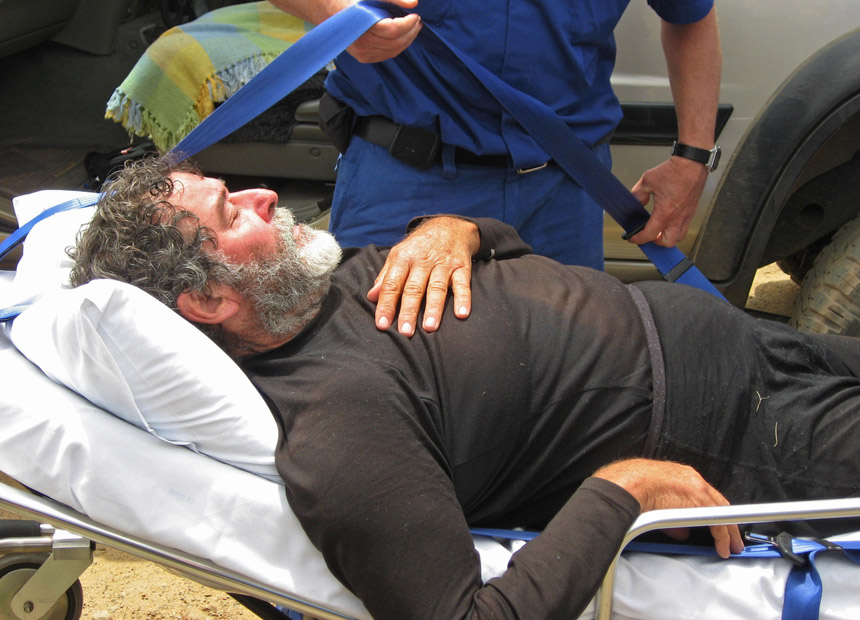 An Iranian asylum seeker has been on hunger strike in a Darwin detention centre for almost 50 days, with his lawyer claiming he is in a near critical condition.

There are reports the 33-year-old has begun visibly shaking and slurring his speech.

Monash University nutrition and dietetics lecturer Dr Ricardo Da Costa says the amount of time one can survive a hunger strike depends on their energy stores and weight.

“The more they have, the longer they can survive for,” Dr Da Costa says.

What happens to the body in starvation?

“Your body is literally a fuel cell. Your carbohydrates, your fats and your muscles are just fuel. If you don’t replenish that fuel, your body will go to reserves, and it will just disintegrate”.

In starvation, the body uses several energy stores, such as your blood sugar and excess fat, before feeding off the protein in your muscles.

“If someone goes into prolonged, I mean, extreme prolonged starvation, like months, your muscles just stop working properly, they lose their mass and functional capability”.

“Your cognitive functional ability goes down, you tend to see nails, hair and skin structure start to deteriorate and anaemia can set in”.

“The signs and symptoms will be movement gets slowed down, cognitive responses are lowered, eyesight is affected, and skin, hair and nails – the quality of those tissues start to deteriorate”.

How does the body survive for so long?

Your body first uses carbohydrates or your blood sugar levels as fuel, then it moves onto your excess fat stores.

“When you stop eating, the first thing to go is your liver glycogen, the ones that maintain your blood sugar level,” Dr Da Costa says.

“When these start to deplete, we’ve got hormone called cortisol which mobilises our fat stores and throws them into our blood so the body can use them”.

This is when weight loss sets in, before the body turns to your muscles for energy (ketoacidosis).

“Only after a couple of days or going into a week, we start to see ketoacidosis,” Dr Da Costa continues.

“At this stage of ketoacidosis, we do have fats being used as well and amino acids from muscle breakdown”.

Indian woman Irom Sharmila was on a hunger strike for 14 years. Sharmila was kept in prison where she was force-fed through a tube to keep her alive.

New South Wales farmer Peter Spencer survived a 52-day hunger strike in 2010 in protest over farmers’ property rights. He ended the strike because of developing medical issues and fears for his health.

In 2006, Cuban journalist Guillermo Fariñas survived a 7-month hunger strike, protesting Cuban internet censorship, but called off the strike when he was told he could die within days.

In 1920, nine Irish republican prisoners completed a 94-day fast in prison, calling off the strike after three men died from starvation, including playwright Terence MacSwiney.

How long can humans survive without food?