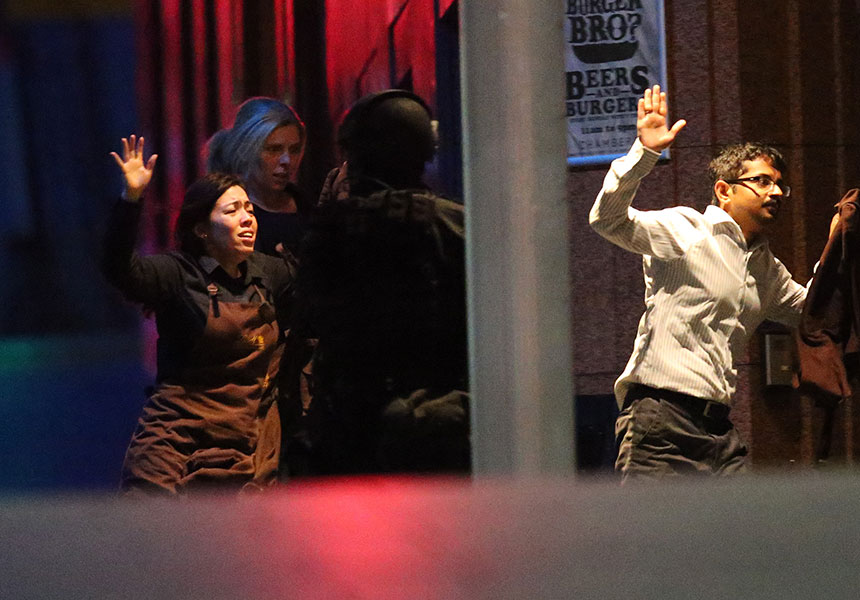 A number of injured hostages were rushed to hospital.

“It demonstrates the challenge that we face of Islamist extremist violence all over the world.

“This is on the other side of the world (in Sydney) but it’s the sort of thing that could just as well happen here in the UK or in Europe.”

The British prime minister said the UK was standing with Australia at its time of need.

“It’s a reminder of the threat we face and the need to be vigilant,” he said.

The Sydney hostage taker has been named as self-styled sheik Man Haron Monis.

He first came to the attention of police when he wrote offensive letters to the families of Australian soldiers killed in Afghanistan.

Britain experienced an extremist attack first hand in May 2013.

Soldier Lee Rigby was brutally hacked to death by two Islamic extremists in the street outside his London barracks.

Two soldiers were killed in Canada in October in separate incidents.

Police there say both assailants were converts to Islam with extremist views.

Siege ‘a reminder to world’