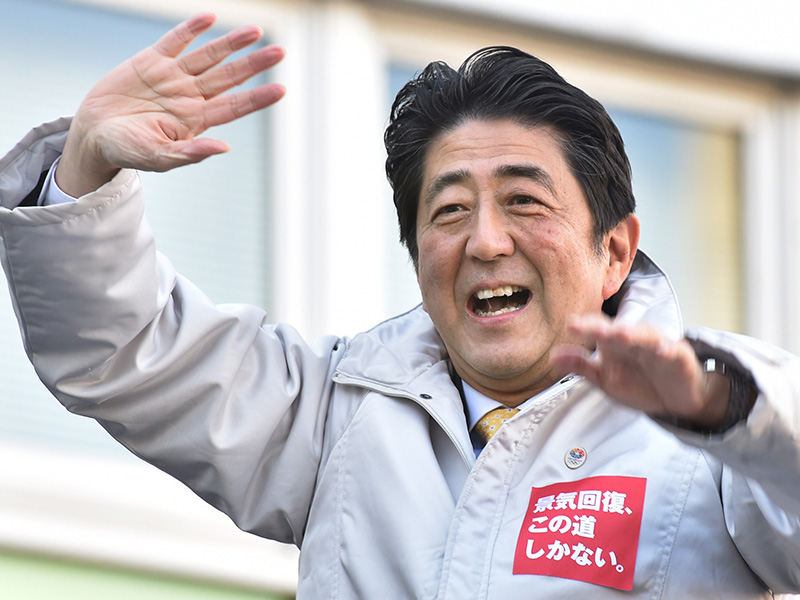 Japanese Prime Minister Shinzo Abe has maintained his majority rule in Japan’s parliament after calling an unscheduled election over the weekend.

Mr Abe’s Liberal Democratic Party (LDP) and its junior partner, the Komeito party, won two-thirds of the lower house, despite a record-low voter turnout of 35 per cent.

Mr Abe, 60, was only halfway through his four-year term when he called the vote in an attempt to strengthen his grip on power before tackling unpopular policies, according to the ABC.

The report says Japan’s government is considering restarting the nuclear reactors taken offline after the 2011 Fukushima nuclear disaster, as well as shifting away from its post-WWII military pacifism.

Japanese voters are doubtful about whether the prime minister’s “Abenomics” economic strategy can pull Japan out of a recession.

Japan’s public debt as a percentage of GDP is the highest among developed countries, and after an initial burst of growth following Mr Abe’s 2012 election, the country has slipped back into recession.

Economists have blamed an increase to the sales tax rise for sending Japan into two negative quarters of growth, according to a BBC report.

One of the prime minister’s economic strategies was monetary easing, which has brought down the high yen, boosting the country’s exports.

The deal is expected to reduce the price of consumer electronics in Australia as well as provide preferential access to the Japanese market for Australian beef and dairy farmers.

Mr Abe’s re-election could also cement a deal for Japan to provide Australia’s military submarines, according to a report by The Australian.