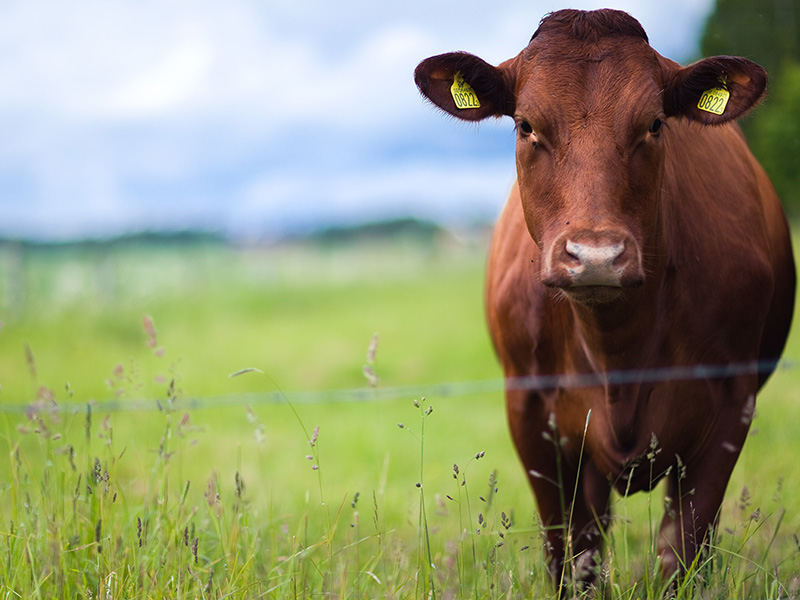 A cow has staged a daring escape from an Idaho butcher shop and rammed cars in the streets before being shot dead by police, in scenes reminiscent of Dana Lyons’ 1996 hit song ‘Cows with Guns’.

In an attempt to avoid the barbecue plate, the bovine made its daring escape  by leaping over a 1.8-metre fence at a meat processing business on Friday afternoon.

The cow led police and animal control officers on a chase on foot and in vehicles through the city’s north side, ramming an animal control truck and two police cars.

• Attack of the burping cows: planet under threat

Pocatello Police Chief Scott Marchand said it took his officers two shots to bring down the 450-kilogram heifer, which he said posed a safety risk.

Early in the chase, an officer shot the cow in the head but the wounded animal kept running.

The animal was eventually cornered in a residential backyard about 5 kilometres away from the butcher shop, where it was shot and killed.

The cow’s valiant escape attempt is undoubtedly worthy of being immortalised in song. But while the bard’s work on a fitting tribute, check out Dana Lyon’s 1996 epic ‘Cows with Guns’ below.

It surely provided the inspiration for the Idaho heifer’s great escape.