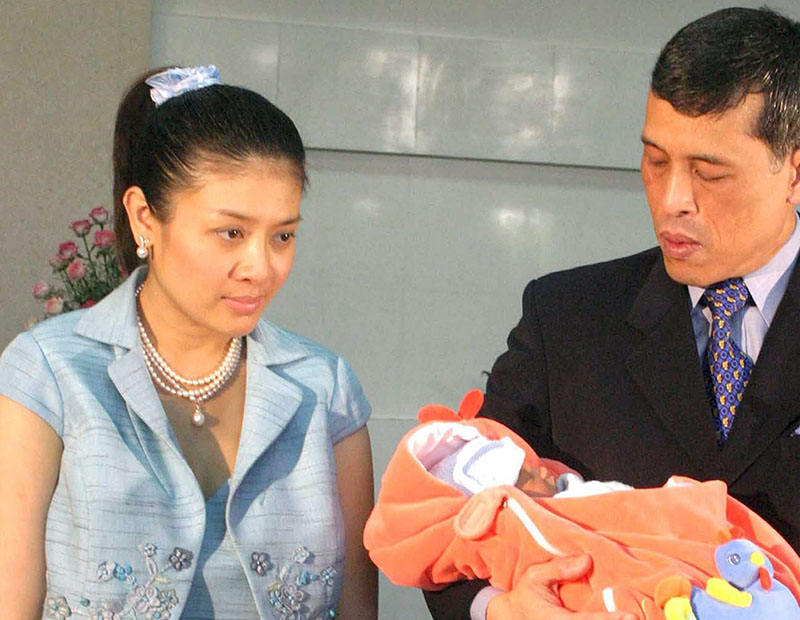 The announcement is the first official confirmation of her fall from grace after a string of relatives were arrested in a police corruption scandal.

• Why Prince William is the royal everyman
• Style icons: the best dressed people of 2014

“The king has granted permission to announce that Princess Srirasmi, the wife of Crown Prince Maha Vajiralongkorn, has informed in a written document that she has resigned from her royal status,” the palace said in a statement.

“Acknowledgement and permission has been granted by His Majesty the King.”

Srirasmi married the Crown Prince in 2001. The couple have a son who is thought to be Vajiralongkorn’s most likely heir.

Thailand has been awash with rumours of Srirasmi’s fate for weeks after a slew of her relatives were caught up in a widening police corruption scandal that has sent shockwaves through country’s elite.

Several high profile figures have been arrested including a host of senior policemen and military officers, while one of Thailand’s richest men is on the run.

But reportable facts on Srirasmi’s status were scant.

The country’s monarchy is protected by some of the world’s strictest lese majeste laws. Both local and international media must heavily self-censor when covering the country’s royal family.