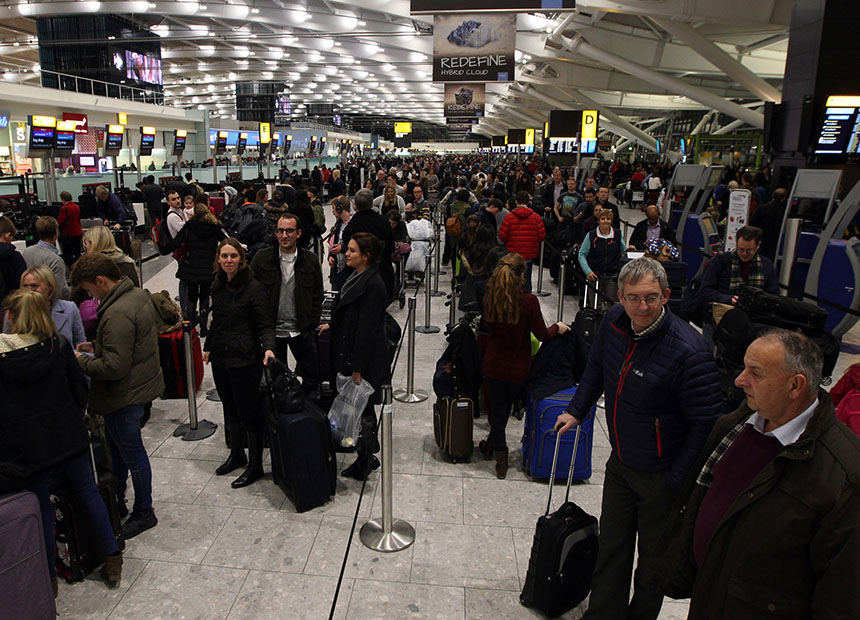 A major computer failure at the main air traffic control centre in London has caused massive disruptions to flights in and out of the global travel hub.

Some flights were able to land at some airports but outgoing traffic was severely restricted, with dozens of flights cancelled.

For a while, Europe’s busiest airport, Heathrow, was closed to all traffic.

Thousands of passengers were delayed and now airlines are attempting to catch up with the backlog of missed flights and connections.

Other British airports were also affected, including Bristol, Edinburgh and Leeds.

The outage sparked travel chaos in Britain as the peak Christmas season gets underway.

The London airports system is the busiest hub in the world with around 135 million passengers a year.

Heathrow Airport said in a tweet that the failure was caused by a “power outage”, while British media reported that there had been a “radar display issue”.

After more than an hour in which some departures were blocked and arrivals diverted, Britain’s National Air Traffic Services (NATS) said the system had been restored and services were returning to normal.

“Disruption on this scale is simply unacceptable and I have asked NATS for a full explanation of this evening’s incident,” transport minister Patrick McLoughlin said.

An investigation into the cause of the computer problems is underway.

Brussels-based Eurocontrol, which earlier reported that airspace over London had been shut down, said a “measured recovery” was underway.

NATS had earlier said that it was “restricting traffic volumes” following a technical problem at the Swanwick control centre in southern England.

“UK airspace has not been closed, but airspace capacity has been restricted in order to manage the situation,” it said in a statement on its website.

Air France said around 20 of its flights were affected, including one flight headed for Dublin which was forced to turn back to Paris.

This is not the first time that a technical failure at Swanwick has caused travel chaos.

Hundreds of flights in Britain and Ireland were delayed or cancelled last year due to a similar problem.