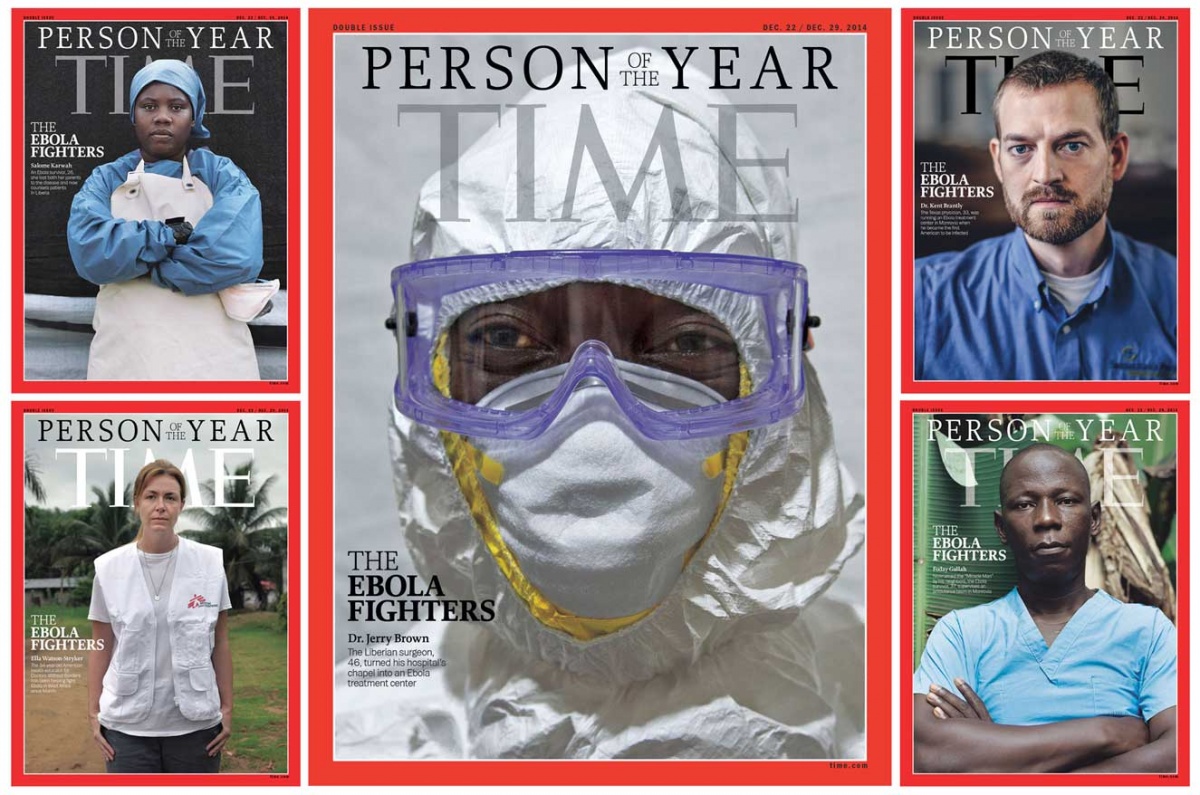 Ebola fighters have been named TIME Magazine’s 2014 Person of the Year.

TIME editor Nancy Gibbs praised the health professionals, who confronted the biggest Ebola outbreak in history, for their courage and bravery.

“For tireless acts of courage and mercy, for buying the world time to boost its defenses, for risking, for persisting, for sacrificing and saving, the Ebola fighters are TIME’s 2014 Person of the Year,” Ms Gibbs wrote.

This is the first time the award has been given to a group of people.

The disease has claimed the lives of 6,300 people since breaking out in West Africa earlier this year, and has spread to countries as far away as Spain to America.

More than 200 healthcare workers have died from Ebola, while 400 have been infected.

Doctors and nurses have to work meticulously to avoid contracting the disease, which is spread through making contact with an infected person’s bodily fluids.

Dr Kent Bradley, a missionary working in Liberia who survived Ebola, is among five health workers to be pictured in a series of special edition covers.

He said surviving the deadly disease had changed his life.

“I still have the same flaws that I did before,” Dr Bradley told TIME.

“[But] We can say, ‘how can I be better now because of what I’ve been through?’ To not do that is kind of a shame.”